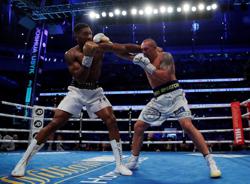 KYIV (Reuters) - Newly crowned world heavyweight boxing champion Oleksandr Usyk expects a rematch against Anthony Joshua in February or March and has his sights on a title unification bout, his team said on Tuesday.

The Ukrainian defeated Joshua in a boxing masterclass at the Tottenham Hotspur Stadium in London on Saturday in front of 67,000 fans, earning a unanimous points decision to take his British rival's WBA, WBO, IBF and IBO belts.

WBC heavyweight champion Tyson Fury of Britain faces American Deontay Wilder in Las Vegas next month in the third of three fights between the two.

"We can talk about the unification of all the belts only after Tyson Fury will have a boxing match again Deontay Wilder, and they determine the champion, and after our re-match with Anthony (Joshua)," Usyk told a news conference in Kyiv.

"Of course, I would like very much to have this unification match."

A former undisputed cruiserweight world champion and Olympic gold medallist, the 34-year-old Usyk was contesting only his third professional heavyweight fight. He follows in the footsteps of compatriots Wladimir and Vitali Klitschko who dominated the division from 2004-15.

Speaking alongside Usyk, his promoter Alexander Krassyuk said a rematch between Usyk and Joshua would probably take place in February or March.

"As for the rematch: the rematch was written in our contract and it is now activated by Joshua's side," he said. "And I remember when we were talking to Oleksandr about the rematch, he wasn't upset. On the contrary, he was happy."

"He was glad and said - 'Oh, cool! I will beat up Anthony twice!". Looking at Usyk, Krassyuk added: "Or I shouldn't tell them this?" 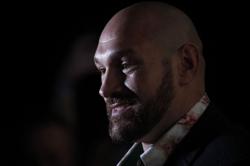 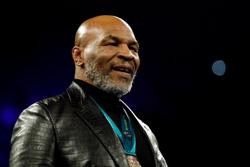 Boxing - Fury v Joshua is the fight people want to see: Top Rank president
Boxing-Jake Paul is in it for the long haul
Boxing-AIBA can return as good standing Olympic member, says McLaren
Boxing-Italian boxer Testa comes out as gay after Olympic success
Boxing-Golovkin's world title fight in Japan postponed due to COVID-19
Boxing-Kambosos says next fight will be at home in Australia
Boxing-Usyk's promoter says talks for rematch with Joshua to begin soon
Boxing-Fury was 'badly injured' ahead of Wilder fight, father says
Boxing-NFL's Gore, NBA's Williams to face off in heavyweight match
Boxing-Fury brothers issue warning to Jake Paul after training session