No holds barred: Puteri Nurul Dini will be out to prove herself and impress the coaches to win a spot in the national team.

Nurul Dini is a frontrunner to fill up the vacant spot left by Shalin Zulkifli but she needs to prove herself in tournaments to earn the right to be part of the elite team. Shalin quit the team two weeks ago after serving the nation for 28 years.

Nurul Dini said she had built a career in bowling because of her mother Sharifah Nazima’s encouragement.

“I was nine when I picked up bowling but I got hooked on it when I was 13. I was initially interested in athletics but my mother wanted me to give bowling the priority, ” she said.

“But in 2016, my mum passed away because of brain haemorrhage. She was seven months pregnant then and both of them did not make it.

“As a family we were devastated but we’ve accepted it. I knew how much she wanted me to do well in bowling, and I think, only after that, I pushed myself even harder in the sport. I hope to make her proud.”

Her hard work paid off when she made the national youth team in 2018. And now, she is training with the national team under the charge of head coach Holloway Cheah.

Nurul Dini knows there is a spot available with the departure of Shalin.

“I’ve not made it to the elite team yet but Holloway has invited me to train alongside the seniors last October, ” said Nurul Dini.

“I’m really committed to the sport. I’ve learnt so much from my seniors. In a short time under Holloway, I’ve made quick adjustments and I bowl better, with better skills. I’m able to adapt to different lane conditions as well.

“I’m glad I had a chance to train alongside Shalin too although it was brief. She used to give me advice. In fact, when I was in the youth squad, I was trained by Azidi Ameran (Shalin’s husband) and she will drop by. I really look up to her.”

Without any tournaments now because of the movement control order, Nurul Dini knows she has to be patient.

“When the tournaments resume, I will be out to prove myself and impress the coaches to win a spot in the national team, ” she added. 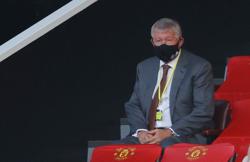