PETALING JAYA: The old adage in sports is that defending a title is harder than winning one.

That’s what national bowler Ahmad Muaz Fishol (pic) is challenging himself to do after learning that the Malaysian Open has been rescheduled to Nov 22-28 after being postponed due to the Covid-19 outbreak.

Muaz, 27, is thrilled at the prospect of retaining a title for the first time in his career.

He had previously won the 2014 PBAP-Bevida Storm International Classic in Manila and 2016 Indonesian Open, but did not get a chance to defend the titles.

He was not sent to the Philippines meet the following year as he was preparing for the Singapore SEA Games. And the 2017 edition of the Indonesian Open 2017 was cancelled.

“I’m so glad to know that the Malaysian Open is back on, ” said Muaz, a two-time SEA Games gold medallist.

“It’s the country’s flagship tournament and favourite event for all of us in the national team.

“We didn’t get to compete in the Open in the last few years. There was no tournament in 2017 (due to refurbishment work at the venue) and 2018 (when it clashed with General Election) and I was lucky to win when it returned last year.

“But I shall keep my fingers crossed for now because the pandemic is still quite bad across the world.

“If all goes well, defending the Malaysian Open is certainly one of my biggest goals later this year. All my life, I have not had the chance to defend a title.

“Of the three titles I have to date, it’s the Malaysian Open triumph that I cherish the most.

“It’s a dream come true to win one, and now that I have a chance to defend it, I definitely will go all out to win it once more.

“There’s a saying that the only thing harder than winning a championship is defending it. So we’ll see, ” said the 2017 QubicaAMF World Cup bronze medallist.

Last year, Muaz overcame Australian star Sam Cooley 219-193 in the final to land himself a RM50,000 jackpot, the biggest winner’s purse in the tournament’s history.

Malaysian Open rolls back in November 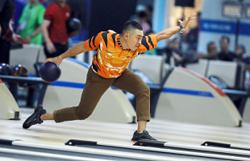 Whetted by the long wait 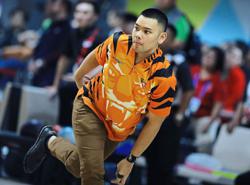