NBA - Durant to remain with Brooklyn Nets after talks with Nash, owners 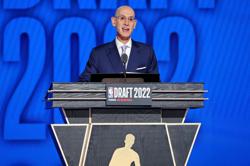 (Reuters) - All-Star forward Kevin Durant is set to stay with the Brooklyn Nets after a meeting with head coach Steve Nash and the franchise's owners, the team announced on Tuesday.

Durant, a two-times NBA champion and twice Finals MVP, had requested a trade at the end of June before free agency, with the 12-times All-Star linked to teams such as the Boston Celtics, the Miami Heat and the Toronto Raptors.

"Steve Nash and I, together with (Nets co-owners) Joe Tsai and Clara Wu Tsai, met with Kevin Durant and (his manager) Rich Kleiman in Los Angeles yesterday," Nets General Manager Sean Marks said in a statement.

"We have agreed to move forward with our partnership. We are focusing on basketball, with one collective goal in mind: build a lasting franchise to bring a championship to Brooklyn."

Last year, Durant had signed a four-year, $198 million extension that begins this season. He was sixth on the list of the world's highest-paid athletes over the last year according to Forbes, earning $92 million in total earnings.

Durant had joined Brooklyn as a free agent in 2019 alongside Kyrie Irving in a bid to form a championship winning team along with James Harden, who was later traded to the Philadelphia 76ers in a deal that brought Ben Simmons to the Nets. 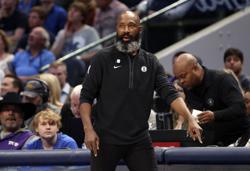 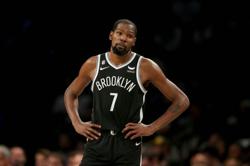