SYDNEY (Reuters) - The last barrier to a 365-day professional sporting calendar in Australia will come down this year after the National Basketball League (NBL) said on Wednesday that it had scheduled a game on Christmas Day.

The most important feast in the Christian calendar has been a sport-free day for half a century with fans having to wait until Dec. 26 to get their fix when the Melbourne Cricket Ground hosts the annual Boxing Day test cricket match.

This year, however, the reigning champion Sydney Kings will host Melbourne United in a professional basketball game at the Sydney Super Dome on the evening of Dec. 25.

"We are thrilled to be bringing such a massive encounter to Christmas Day," NBL Commissioner Jeremy Loeliger said in a news release.

"Sports fans across Australia and New Zealand have been asking for live sport on Christmas and we are excited to bring them world-class basketball and entertainment on what is a very special day for so many."

The idea is not entirely unprecedented and Sheffield Shield cricket matches were frequently played at Adelaide Oval on Christmas Day until the late 1960s.

Australia lost the third cricket test to West Indies at the same ground on Dec. 25, 1951 and beat India in a match which included action on Christmas Day in 1967, also in Adelaide.

Further afield, the National Basketball League (NBA) in the United States has held games on Dec. 25 since the 1940s, while the National Football League (NFL) has a full schedule for Christmas Day this year as the holiday falls on a Sunday.

Top flight Christmas Day soccer was a mainstay of the English sporting calendar until 1959 and the practice continued in Scotland until the 1970s. 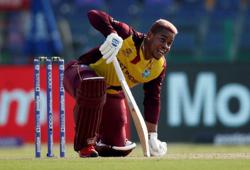