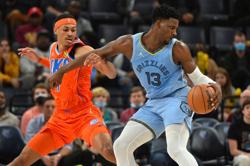 FILE PHOTO-An NBA logo is seen on a chair at an NBA exhibition in Beijing, China October 8, 2019. REUTERS/Jason Lee

(Reuters) - Opening-night squad lists for the National Basketball Association's 2021-22 season, which begins later on Tuesday, will feature 109 international players from 39 countries, according to the league.

Canada remains the most represented country outside of the United States for an eighth consecutive year with 18 players, followed by Australia, France and Germany who each have seven players each on opening-night rosters.

Nigeria, Serbia, Spain and Turkey each have five players featured across the NBA's 30 teams.

The records for international players (113) and countries and territories represented (42) were set at the start of the 2016-17 and 2017-18 seasons, respectively, according to the NBA.

There are two games on the opening-night schedule, starting with the reigning champion Milwaukee Bucks versus the visiting Brooklyn Nets followed by the Golden State Warriors at the Los Angeles Lakers. 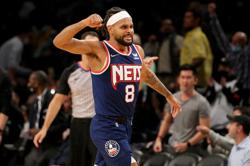 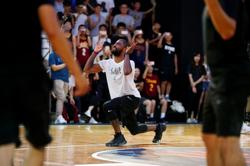