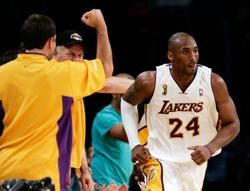 (Reuters) - The Los Angeles Lakers will switch to their "Black Mamba" jerseys in honour of the late Kobe Bryant when they seek a record-tying 17th NBA championship on Friday.

The Lakers, who lead the Miami Heat 3-1 in the best-of-seven NBA Finals, are 4-0 this postseason when wearing the Bryant-designed alternate jerseys, which are black with gold trim and feature a subtle snakeskin pattern.

"It's always special to represent someone that meant so much, not only to the game but also to the Lakers organization for 20-plus years," Lakers forward LeBron James said after his team wore the jerseys in Game Two of the NBA Finals. "For us to honor him, being on the floor, this is what it's all about."

The Lakers had originally planned to wear the jerseys for a potential Game Seven but decided move it up for Friday's game at Disney World in Florida, where the season resumed in July after a four-month COVID-19 hiatus.

The uniforms were introduced during the 2017-18 season.

Bryant, one of the greatest players of his generation who won five NBA titles during a 20-year career with the Lakers, was killed along with his daughter Gianna and seven others in a helicopter crash in January.

In addition to the original jersey design, the uniforms also feature a patch bearing the number two, Gianna's jersey number, inside a white heart.

Bryant's widow went on Instagram to express her excitement over the jersey choice for the potential series clincher.

Should the Lakers win the championship this year it would be the franchise's first since Bryant led the team to the second of back-to-back titles in 2010 and tie them with the Boston Celtics for most championships in NBA history. 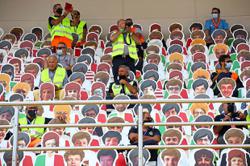 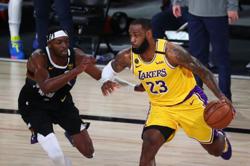