Asian All Stars can take on retired NBA stars 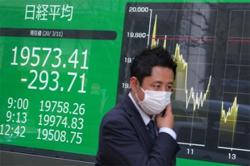 SHAH ALAM: Veteran coach Goh Cheng Huat believes that the MJ Life Asian All Star team have nothing to fear when they take on the Professional Basketball Alumni Association (PBAA) All Star side in an exhibition match at the Putra Stadium in Bukit Jalil on Saturday.

And Cheng Huat, who led Malacca to the Agong Cup and the Kelantan Warriors to the Malaysian National Basketball League (MNBL) title, is ready to guide the Asian All Star against the legends.

“We have Jaber (Rouzbahani) of Iran ... he’s very tall and we’ll utilise him to stop Rodman,” said Cheng Huat.

“Besides, we have a very strong team ... one fully capable of beating the former NBA stars.”

Rouzbahani, who is one of the tallest players in the world at 2.29m, led Iran to the Asian Championship title in 2007.

The Malaysians in the team are Westports Malaysia Dragons duo B. Guganeswaran and Kuek Tian Yuan.