Pearly-Thinaah lose in semis but can take a bow 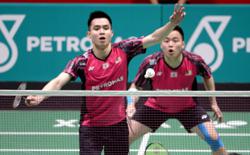 World No. 8 Pearly-Thinaah found Japan’s world No. 2 Nami Matsuyama-Chiharu Shida a tough nut to crack and went down 14-21, 16-21 in New Delhi yesterday.

Despite the defeat, Rexy was still encouraged by the pair’s improved showing.

“By reaching the semi-finals, Pearly-Thinaah have at least regained their confidence after losing in the first round of the Malaysian Open,” said Rexy.

It was indeed a great day for Japan yesterday as their top mixed doubles pair Yuta Watanabe-Arisa Higashino and top women singles shuttler Akane Yamaguchi also made it to the finals.

Siwei-Yaqiong had dominated last year, capturing a whopping 10 titles including the World and Asian Championships.

The Chinese duo had also started 2023 just like they ended the previous year by winning the Malaysian Open last week but their winning streak ended yesterday.

Watanabe-Higashino refused to be cowed by Siwei-Yaqiong’s seemingly invincible form and played superbly to claim only their third win over the latter in 15 meetings.

The Japanese pair will take on reigning Olympic Games champions Wang Yilyu-Huang Dongping of China in the final today.

World No. 1 Yamaguchi completed a perfect day for Japan after beating Thailand’s world No. 30 Supanida Katethong 21-17, 21-16.

Yamaguchi will face South Korea’s An Se-young for the title in a repeat of the Malaysian Open final where the Japanese had triumphed. 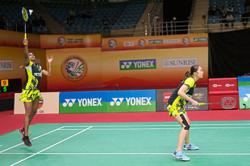 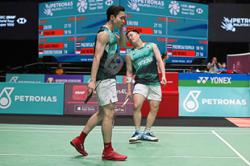