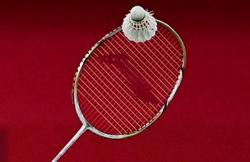 Kian Meng-Pei Jing, who stunned Olympic Games champions Wang Yilyu-Huang Dongping of China in their opening match on Wednesday, had no answer to the aggression of Dechapol-Sapsiree and lost 21-9, 21-11 in 29 minutes.

It was Dechapol-Sapsiree’s second win in Group B but Kian Meng-Pei Jing can still secure their place in the semi-finals if they can beat another Thai pair Supak Jomkoh-Suppissara Paewsampran today.

If Dechapol-Sapsiree beat Yilyu-Dongping in the last Group B match while Kian Meng-Pei Jing also achieve victory, there will be a Malaysian pair in the mixed doubles semi-finals.

“We played very well. Our attacking was better than them (Kian Meng-Pei Jing) and we managed to control the game. We have a gameplan against the China pair (tomorrow) and we will try our best,” said Sapsiree.

Meanwhile, Goh Soon Huat-Shevon Lai Jemie did themselves no favours following their 21-16, 18-21, 17-21 defeat to French pair Thomas Gicquel-Delphine Delrue in Group A.It was Soon Huat-Shevon’s second defeat in the group after losing to Rinov Rivaldi-Pitha Haningtyas of Indonesia in their opening match on Wednesday.

Their challenge is as good as over as they will have an uphill task against Olympics silver medal winners Zheng Siwei-Huang Yaqiong in their final group fixture today. 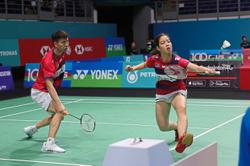