Guangzhou is already under lockdown due to escalating Covid-19 cases where the Southern China’s manufacturing hub reported 5,100 new cases yesterday.

Taking into consideration the health risk faced by the players, officials and others involved in the running of BWF’s premier tournament in their world tour calendar, it was decided that the event will now be held at Nimibutr Arena in Bangkok a week earlier from Dec 7-11 than the original date (Dec 14-18).

“BWF in consultation with the Chinese Badminton Association (CBA), agreed to relocate the Finals due to the various challenges brought about by the current pandemic situation,” stated the world governing body.

“The tournament has been relocated to Nimibutr Arena in Bangkok, Thailand, and will run from Dec 7-11 – one week earlier than the scheduled dates for Guangzhou due to stadium availability and a consequence of the change in location.”

Malaysia have a number of pairs who have qualified for the event.

“We appreciate BWF’s efforts in finding a quick solution by relocating the World Tour Finals to Bangkok due to the Covid-19 concerns at the original venue (Guangzhou),” said Kenny.

“Initially, the players who have qualified for the event were required to make a transit at Bangkok before arriving in Guangzhou but it is not necessary now.”

However, Kenny said the Malaysian players and officials would abide by the strict standard operating procedures (SOP) during the Finals to safeguard their health.

Men’s singles Lee Zii Jia can also join the rest if he does well in the ongoing Australian Open in Sydney. 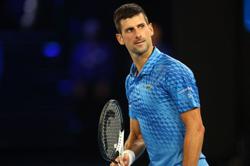 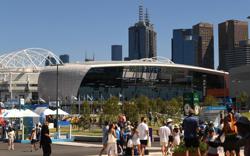