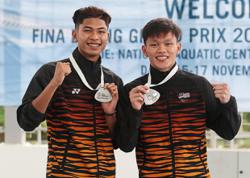 Bin Shen feels that this should be the pair’s next target as they look to keep progressing.

Haikal-Arif, who were paired together at the beginning of last year, had just reached No. 44 in the latest world rankings thanks to their semi-final finish at the recent Vietnam Open.

But Bin Shen is not satisfied and wants more from his charges.

“So far, Haikal-Arif are doing alright but they need to start beating higher-ranked pairs. In Vietnam, they did well to beat other Malaysian pairs including Goh V Shem-Lim Khim Wah to reach the semi-finals but came up short against the higher-ranked Chinese pair.

“The Chinese have been playing in top-tier tournaments for a while now including the Thomas Cup in May and their experience proved crucial. Our boys still lack this and they also need to work on their tactical game and strength,” said Bin Shen.

Haikal-Arif could face a re-match with Jiting-Haodong in the Indonesian Masters in Malang from Oct 18-23 provided both pairs justify their respective rankings and go all the way to the final.

And Bin Shen wants his charges to do just that.

“They have to make full use of this opportunity and reach the final. We will be working on a strategy to overcome the Chinese pair if Haikal-Arif meet them again,” said Bin Shen.

Haikal-Arif have never captured a World Tour title with their best result coming in the Orleans Masters in April where they finished as runners-up.

They will open their campaign in the Indonesian Masters against a qualifier. 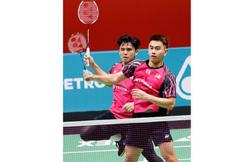 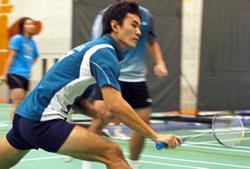