Michelle back with BAM to oversee national centre

PETALING JAYA: Michelle Chai (pic) is back with Badminton Association of Malaysia after three years.

The 47-year-old will start work as the chief executive officer of the Academy Badminton Malaysia (ABM) in Bukit Kiara tomorrow. She was previously the national body’s general manager from 2017 to 2019.

Her main task is to oversee the national squad’s training and preparation and is responsible for the management and administration of the ABM.

Said BAM secretary Datuk Kenny Goh: “She was picked due to her vast experience in sport and hence, it’s the hope that she can spearhead the academy to greater heights.”

After leaving BAM, she joined the Olympic Council of Malaysia (OCM) as their chief operating officer. Michelle also had prior administrative positions with the Asian Football Confederation and the United Arab Emirates FA before joining BAM.

During her tenure with OCM, Michelle was involved in managing the Malaysian contingent’s participation at several major multisports events including the Tokyo Olympics, 2019 SEA Games in Philippines and Vietnam SEA Games in May.

In a statement, BAM said they were confident that she would be able to deal with the many challenges of managing the ABM and the national players. 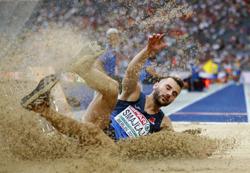