PETALING JAYA: THE Malaysia Games (Sukma) is supposed to provide an opportunity for young and upcoming talent to prove themselves.

But in the badminton competition, players already in the elite squad in the Badminton Association of Malaysia (BAM) shone instead.

Increasing the age limit from 21 to 23 due to the postponement of the Games from 2020 to this year after the Covid-19 pandemic wrecked havoc on sports meant that the likes of BAM’s No.1 men’s singles shuttler Ng Tze Yong, Tee Kai Wun (men’s and mixed doubles) and Toh Ee Wei (women’s and mixed doubles), who are all 22 year old could participate and all three went on to capture four gold medals between them.

For Ee Wei, it meant that she racked up her fourth gold in the Sukma after she defended both her women’s and mixed doubles titles.

While it was heartwarming to see the lass, who had only returned to the national fold at the beginning of this year after recovering from bone tuberculosis win again for Melaka, would it have been better to have given her spot to an upcoming youngster from the state programme?

It’s no secret that BAM are struggling to produce top women’s doubles shuttlers to support the likes of national No. 1 Pearly Tan-M. Thinaah and Anna Cheong-Teoh Mei Xing.

Perhaps, Melaka should have considered sending another player to at least gain some exposure and allowed Ee Wei to continue her preparation for the Denmark Open with mixed doubles partner Hoo Pang Ron.

The same could be said for Tee Kai Wun, who is currently ranked No. 36 in the world with regular partner Man Wei Chong.

Meanwhile, Tze Yong, who has improved by leaps and bounds this year was the overwhelming favourite for the title.

His participation though, raised more than a few eyebrows as he has already established himself as the top player in the national set-up.

Tze Yong could have instead been sent for the Vietnam Open starting today where he could have continued his upward trajectory, challenged for his first World Tour title and gained some valuable ranking points.

The women’s singles competition on the other hand was more open after the withdrawal of top seed Goh Jin Wei.

Siti Nurshuhaini Azman, who was fast-tracked into the senior team early this year, won a much-needed title after beating K. Letshanaa and gave herself a boost ahead of the World Junior Championships in Santander, Spain from Oct 17-30.

The competition also saw the likes of independent players Amanda Yap, who stunned top seed Eoon Qi Xuan in the first round and Letshanaa, who toppled second seed Myisha Khairul in the quarter-finals prove that there is talent outside of BAM.

Amanda is one of many players who wanted to do well to earn a national team call-up or in Letsha-naa’s case attract sponsors in her journey as an independent.

BAM should take a look at these players and see if they could lend them any helping hand to increase the talent pool in women’s singles. 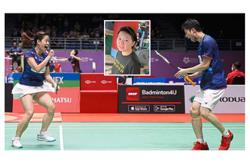