Pearly-Thinaah had lost to Chloe-Lauren in their only encounter so far at the 2021 Sudirman Cup and want to get even as they look to capture the gold medal.

And what better way for the Malaysians to do so than denying the English pair in front of their own fans at the National Exhibition Centre today.

Thinaah, though admitted that it would be a tough challenge.

“It’s not going to be easy for us. We had lost to them before, so we need to rest and prepare really well. Hopefully, we can beat them this time,” said Thinaah.

It was their second win over the Indian youngsters after also beating them in the mixed team final.

Pearly-Thinaah will be motivated to keep Malaysia’s good tradition in the women’s doubles in the Games.

This, however, was not their first defeat to the husband-wife pair as they have also lost in their last two meetings at the 2015 Malaysian International Challenge and the 2016 China Masters.

And national doubles coaching director Rexy Mainaky could not hide his disappointment and lamented on Kian Meng’s poor display.

“Kian Meng didn’t read the Singaporeans’ game well today. When Jessica didn’t play well at the net in the first game, Kian Meng didn’t put pressure on them although he had many opportunities. He didn’t show enough fight,” said Rexy.

Kian Meng-Pei Jing have a chance to redeem themselves when they take on Scotland’s Adam Hall-Julie Macpherson in the bronze-medal playoff. Hall-Macpherson had dashed the hopes of Chan Peng Soon-Cheah Yee See with a 21-15, 21-19 win in Saturday’s quarter-finals. 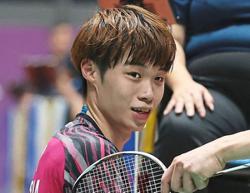