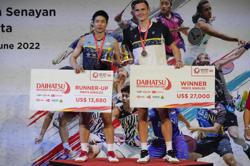 The country had boasted some of the best women’s singles shuttlers in the world with the likes of Zhang Ning, Wang Yihan, Li Xuerui, Wang Shixian and Xie Xingfang to name a few.

They used to dominate the sport and instil fear in their opponents. But after the era of Yihan, Shixian and Xuerui came to an end, players from Japan, Taiwan, India, South Korea and Spain have joined the race for titles.

Yufei is all out to revive her country’s glory days and she does not see this as a lone battle.

“I do want to win for my country and bring back our glory days. But this is not just on me but also on my teammates like He Bingjiao (No. 9), Wang Zhiyi (No. 13) and Han Yue (No. 23). They push me a lot and I do well because of the tough competition among us,” aid Yufei.

With the competition and support provided by her teammates, the world No. 4 rose to the occasion to put China’s name up again on the world stage after capturing the Olympics gold in Tokyo last year.

Yesterday, she survived a titanic battle with the same player she had narrowly overcome in the Olympics title decider by beating Taiwan’s world No. 2 and three-time Malaysian Open winner Tai Tzu-ying 19-21, 21-13, 21-15 to reach the final. She faces Ratchanok Intanon of Thailand, who crushed Zhiyi 21-8, 21-18.

It’s her fifth final of the year after the German Open, Korean Masters, Thailand Open and Indonesian Masters.

Surprisingly, she has only one title to show for her efforts – the Indonesian Masters, where she defeated Ratchanok for the title.

Can she repeat the feat?

If she pulls it off, she will be the first player from China to win the women’s singles title in eight years. Xuerui was the last winner in 2014. 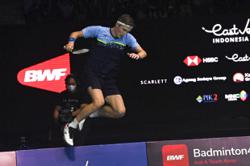