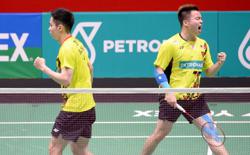 Yesterday, they produced the same brilliance to oust Yuchen-Xuanyi 21-11, 22-20 in just 36 minutes for their best result in the top tier home tournament to storm into the men’s doubles semi-finals.

Can they go all the way to become champions?

Based on their form, it’s possible but standing in their way will be world No. 7 Fajar Alfian-Rian Ardianto. The Indonesians beat Ong Yew Sin-Teo Ee Yi 21-13, 21-9.

Fajar-Rian will pose dangerous threats to the world No. 12 Sze Fei-Izzuddin as they boast superior head-to-head record, having won five of their last six meetings.

But for now, Sze Fei-Izzuddin are keeping the focus on themselves and are not thinking about who they will face.

“It does not matter to us who we will play next. We will prepare well,” said Sze Fei. 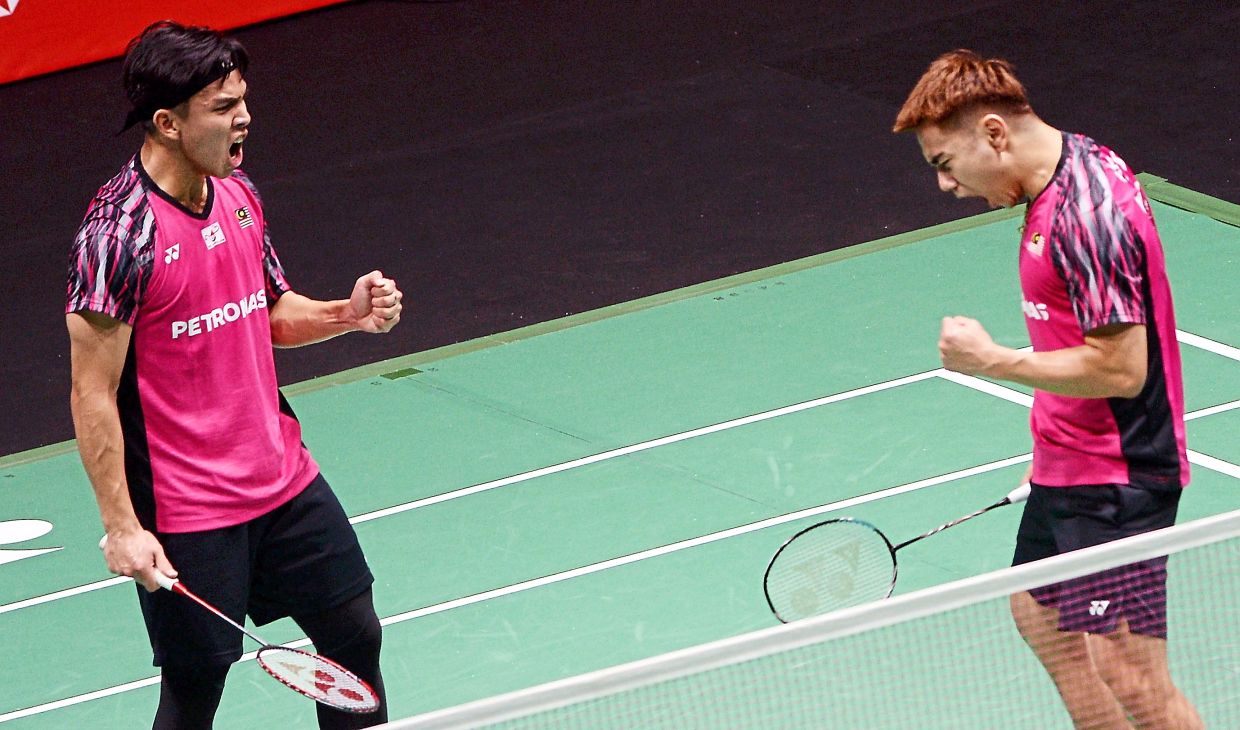 “Our win in Germany did give us the confidence to beat them here again. We just have to keep this momentum going.”

On whether the smashing win could take them all the way to the final and the title, Izzuddin is unwilling to look beyond the last four.

“We are not thinking about the title. We want to give our all in the semi-final first,” said Izzuddin.

If he and Sze Fei make the final, it will be their third this year after winning the German Open and finishing runners-up in the Swiss Open in March.

Their previous best achievement at home was finishing as the runners-up in the 2017 Malaysian Masters, which marked the rise of the pair.

There is the possibility of a 1-2 finish as Aaron Chia-Soh Wooi Yik joined Izzuddin-Rumsani in the last four after upstaging Indonesians Mohammad Ahsan-Hendra Setiawan 21-13, 20-22, 21-19 in the last eight.

Aaron-Wooi Yik will take on Japan’s Takuro Hoki-Yugo Kobayashi for a place in the final. Malaysia’s last title was won by Lim Khim Wah-Goh V Shem in 2014.

Despite the defeat, the pair who are ranked 44th in the world can still walk tall after going toe to toe with the Japanese.

“Before this, we were perhaps lacking a bit in belief. But now, we feel more confident about taking on the world’s top pairs,” said Mei Xing.

“We are satisfied with our performances here but will work harder to improve further,” added Mei Xing. 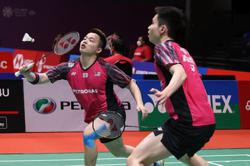