MANY may say that India’s women singles veteran Saina Nehwal (pic) is past her prime after losing in the first round of the Malaysian Open but she is not ready to say goodbye to her career just yet.

The 32-year-old, who went down 11-21, 17-21 to Iris Wang of the United States, believes she still has fire in her belly to settle an unfinished business.

Saina wants to keep fighting to qualify for the 2024 Paris Olympics and also go far in Open tournaments.

Currently ranked 24th in the world, Saina knows that she needs to work harder than ever to realise her dream of making the Olympics as a country is allowed two players if both are in the top 16.

World No. 7 P.V. Sindhu is expected to make the cut with ease.

This leaves Saina with the huge task of breaking into the top 16 to join her compatriot in the Olympics.

But qualification is not the only thing that Saina is aiming for as she wants to perform well too.

“I am not just looking at making the cut for the Olympics. I have already won an Olympics medal. So, I want to qualify and do well again. I don’t want to play for the sake of it. Same goes for the other tournaments that I get to play in,” explained Saina.

Saina became the first Indian shuttler to win an Olympic bronze medal at the London Games in 2012.

Her achievement was bettered by Sindhu who captured a silver in the 2016 Rio Olympics.

Saina admitted that she needed to improve on her stamina to be able to challenge the top players.

“I had a bad patch last year due to injuries. I feel I’m doing better now but I have to improve my stamina,” said Saina. 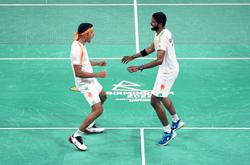 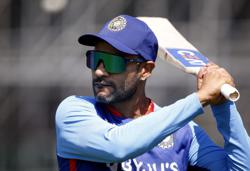