PETALING JAYA: There has been much hype on a possible quarter-final clash between Lee Zii Jia and Japan’s Kento Momota at the Malaysian Open but the independent player’s coach Indra Wijaya has poured cold water on that exciting clash.

Indra said their showdown is far-fetched as both players must clear the first two rounds and added that the competition has been very keen in the men’s singles these days.

The Indonesian will be happy to see Zii Jia maintaining his consistency this year where he has won the Asian Champion-ships and Thailand Open and also reached the semi-finals of the Indonesia Open last week.

Zii Jia, the world No. 5, will open his campaign against France’s world No. 25 Toma Junior Popov and faces either Denmark’s Rasmus Gemke or Shesar Hiren of Indonesia in the second round.

“Let’s not think too far ahead about reaching the last eight or meeting Momota.

“Zii Jia has earlier matches and let’s take it step by step. What’s important is that he has found his consistency and he needs to maintain that,” added Indra.

“His performance thus far has also been good and he almost beat Viktor (Axelsen of Denmark) in the Indonesian Open.

“We appreciate the fans’ support and believe they will be cheering for him. He will give his best.”

Indra’s cautious approach may hold water as both players did not do well when the tournament was last held in 2019.

Momota, the top seed then, lost to Indonesian Jonatan Christie in the second round while Zii Jia went down to Thailand’s Suppanyu Avihing-sanon.

However, that was three years ago and both players are now well established on the global stage.

Zii Jia defeated Momota during the Thomas Cup Group clash (Malaysia beat Japan 3-2) and a possible rematch could be one of the highlights of the Malaysian Open. 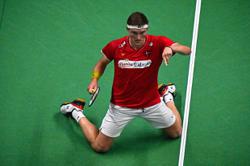 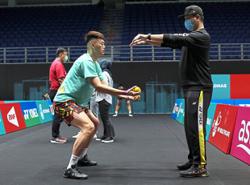