THE women singles shuttlers face an uphill battle to bring home a medal in the individual competition after their lack of experience was brutally exposed by Vietnam in the team event.

The Badminton Association of Malaysia (BAM) have chosen Siti Nurshuhaini Azman, 17, and Loh Zhi Wei, 19, for the event which starts tomorrow.

World no. 237 Nurshuhaini was part of the team who were shockingly beaten 1-3 by the hosts on Monday.

The early defeat meant that they are out of the medal contention.

Going by her tame loss to Vietnam’s 58th ranked Nguyen Thuy Linh, Nurshuhaini will have her work cut out in the individual which will feature even higher ranked players such as Thailand’s Pornpawee Chochuwong (No. 10) and Singapore’s Yeo Jia Min (No. 18).

Despite having played for Malaysia in both the Uber Cup last year in Aarhus, Denmark and the Asia Team Championships this year, Nurshuhaini looked out of her depth against the experienced Vietnamese.

Meanwhile, Zhi Wei was not fielded in the team event but her inexperience could also be punished in her Games debut.

But she has vowed to justify her selection.

“This is my first Games and I hope to gain as much experience as I can.”

Meanwhile, Yap Ling and Go Pei Kee’s battling display to win the solitary point in the first doubles raised some hope that they could do better than their singles counterparts.

Another pair who have yet to see action are Cheah Yee See-Cheng Su Hui.

This is an intriguing partnership as junior Su Hui and senior mixed doubles shuttler Yee See have been paired together for the first time and it is interesting to see how they will fare. 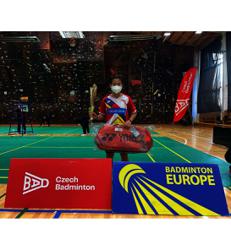