PETALING JAYA: Tower runner Soh Wai Ching is not about to lie low in 2022 after a highly successful campaign last year.

Wai Ching will move his base to Dubai next month as he plans to compete in many races scheduled on the worldwide calendar.

“I will be taking part in a total of 10 to 15 tower running races or more around the world with the aim to win all of it and target course records,” said Wai Ching.

“I am going to base myself in Dubai from Feb 4 onwards until the end of the year as it will be easier for me to train, travel and compete around the world,” said the 27-year-old, who also plans to take part in five trail running and five road races.

Among the events he is slated to enter for in the first half of 2022 are the Media 1 Run Up in Dubai, Scale the Strat in Las Vegas (February); Symbol Tower Run 6 in Kagawa, Japan, Q1 Stair Challenge in Gold Coast, Australia (March); The Christie Tower Run in Manchester, Blue Light Stair Run in London (April 16); Alive Step Up in Slovenia, Empire State Building Run Up in New York, and the Alor Setar Tower Run (May).

Wai Ching will also fly to China in June if the Hangzhou Towerrunning Race and the IVM Ping An Finance Centre Run in Shenzhen are confirmed to take place.

“There are a few races that are not confirmed as there are many different kinds of travel restrictions from country to country because of the Omicron variant.

“I will do my best to take part in as many tower running races as possible this year,” added the world ranked No. 2 runner, who also holds a Bachelor’s degree in Sports Science.

Altogether, he managed to come out tops in 10 races held on three continents – Europe, Asia and North America.

Out of the 10 races he won, the one which he cherished most is the Empire State Building Run-Up in New York in October. He became the first Asian winner after managing to scale the 86-floor skyscraper (equivalent of 1,576 steps) in 10 minutes and 46 seconds. 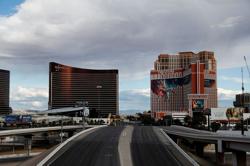 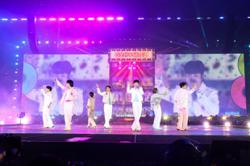