PETALING JAYA: Malaysia will, for the first time since 2007, have all their four men’s doubles representatives seeded for the World Championships.

The draw for for all the five events will be conducted today.

The top 16 players and pairs were seeded based on their world rankings on Nov 21.

The last time Malaysia had all their men’s doubles pairs seeded was in Kuala Lumpur 14 years ago.

Tan Fook-Wan Wah turned out to be the best performers following their thrilling 20-22, 26-28 semi-final defeat to eventual champions Markis Kido-Hendra Setiawan to earn their second bronze at the world meet (the first was in Seville 2001).

The highly-rated Kien Keat-Boon Heong did not bag their medal – a bronze – until the 2009 edition in Hyderabad.

That was also the last time Malaysia had a podium finish.

Of the four pairs this time, Olympics bronze medallists Aaron-Wooi Yik, who are making their third straight appearance, are certainly Malaysia’s best bet.

By being seeded fourth, the world No. 7 will not cross path with the world’s top three pairs – Indonesia’s Marcus Fernaldi-Kevin Sanjaya, Mohammad Ahsan-Hendra Setiawan and Lee Yang-Wang Chi-lin of Taiwan – until the semi-finals.

In the men’s singles, Zii Jia is expected to earn a smooth path to the quarter-finals based on his status as the sixth seed.

Barring any upset, his real challenge would begin in the last eight where he could potentially face one of the top four seeds – Japan’s Kento Momota, Denmark’s Viktor Axelsen and Anders Antonsen and Taiwan’s Chou Tien-chen.

Zii Jia made an impressive worlds debut in Basel two years ago by reaching the quarter-finals before losing to Momota. 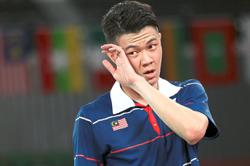 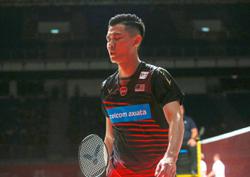