PETALING JAYA: Rising doubles pair Wan Arif Junaidi and Haikal Nazri continued to show that they are the real deal by reaching their fifth final of the year at the Scottish Open.

The world No. 135 moved a step closer to a fourth victory in their senior career after beating India’s Krishna Prasad-Vishnu Vardhan 17-21, 21-17, 21-16 in the semi-finals at the Emirates Arena in Glasgow on Saturday.

The 20-year-olds who were only promoted to the senior team this year had earlier knocked out top seeds and defending champions Alexander Dunn-Adam Hall of Scotland in the last eight.

Their burgeoning partnership has certainly given the national team a breath of fresh air as there are only world No. 6 Aaron Chia-Soh Wooi Yik and No. 18 Goh Sze Fei-Nur Izzuddin Rumsani holding the fort at the moment.

Arif-Haikal did not let their playing opportunities go to waste, reaching no less than the quarter-finals in all seven starts.

They finished as runners-up at the Latvia International.

Arif-Haikal were also the semi-finalists at last week’s Irish Open.

A victory in Glasgow would see them break into the world’s top 100 and will climb higher if they keep doing well in the Welsh Open, which starts on Thursday.

In men’s singles, Ng Tze Yong and Soong Joo Ven have assured a title for Malaysia after making it an all-Malaysian final.

Tze Yong, 21, outplayed teammate Aidil Sholeh Ali Sadikin 21-15, 21-15 and is just a win away from his third triumph of the year having nailed the Polish Open and Belgian International.

Meanwhile, Joo Ven is out to secure a morale-boosting first title as an independent player. In the semis, he edged Frenchman Arnaud Merkle 21-18, 21-19 to reach his first final since winning the Malaysian International Series in 2019. 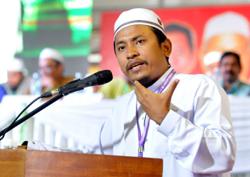