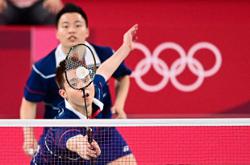 PETALING JAYA: Shuttlers Goh V Shem-Tan Wee Kiong have not hit it off straight away with their new partners in their recent Europe stints but they are not losing sleep over it.

The Rio Olympics silver medal winners are determined to press on with Low Juan Shen and Tan Kian Meng respectively in a bid to add more spice in the men’s doubles challenge.

They will get more chances to be more consistent when they compete in back-to-back tournaments in Bali – the Indonesian Masters starting today and next week’s Indonesian Open.

All had expected both pairs to get off to explosive starts but they were slow off the starting blocks in their first three tournaments. Of the two pairs, V Shem-Juan Shen probably had more difficulties to adjust.

V Shem-Juan Shen lost in the first round of the Denmark Open, French Open and Hylo Open.

Wee Kiong-Kian Meng reached the Dutch Open final before losing 14-21, 21-18, 20-22 to Singapore ‘s Terry Hee Yong Kai-Loh Kean Yean but struggled in the higher-ranked tournaments, crashing out in the first and second rounds of the French Open and Hylo Open.

The European outings, however, saw both pairs make big leaps in the world ranking. Wee Kiong-Kian Meng are now ranked 165th in the world after moving 62 rungs while V Shem-Juan Shen climbed 56 steps to 185th position.

“I think it’s good so far but my partner needs some time to grow in confidence. With more tournaments, we will get better,” said V Shem.

With several other pairs also trying out new combinations, V Shem said the time was perfect to test the waters.

“These changes happen every time after one Olympic Games cycle ends. Some have left the badminton scene after Tokyo but there are still a few solid pairs in the field,” he said.

China will not have the services of their top pair Li Junhui-Liu Yuchen as the former has announced his retirement at 26.

For Wee Kiong, it was about taking his chances well.

“Kian Meng and I feel this is the right time to give this partnership a chance as we are still able to compete in high-level tournaments,” said Wee Kiong.

“We are doing good together and will just have to tighten our combination,” he added.

In the Indonesian Masters, Wee Kiong-Kian Meng are in the same quarter with fourth seeds Fajar Alfian-Rian Ardianto of Indonesia. The other Malaysians in their same quarter are Ong Yew Sin-Teo Ee Yi and Goh Sze Fei-Nur Izzuddin Rumsani.

V Shem-Juan Shen have a tougher path as they are likely to meet top seeds Marcus Fernaldi-Kevin Sanjaya of Indonesia in the second round. 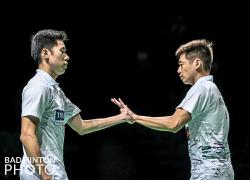 Don’t give face, BAM
No tower too high for Wai Ching as he steps up for gruelling year
BWF rule may leave national No. 1 in a quandary
Pros and cons weighed
Hit or miss, Misbun respects former charge’s decision to leave
Alarm bells ‘ring’ for Peng Soon to concede walkover
Will Zii Jia join Axelsen in Dubai for training?
BAM may sanction Zii Jia for quitting national team
Unwell Tze Yong forced to pull out of Lucknow meet
Ewe Hock: Plenty of options for All-England champ to progress