The sixth seeds, playing in the first international tournament together, defeated Andreas Sondergaard-Jesper Toft of Denmark 21-11, 21-19 in a 30-minute quarter-final match in Almere yesterday.

They had easily disposed of Germany’s Freek Golinski-Jona van Nieuwkerke 21-14, 21-14 in the second round.

The duo will take on the winners of the match between fifth seeds Lucas Corvee-Ronan Labar and qualifiers Eloi Adam-Kenji Lovang.

Kian Meng-Wee Kiong are the only Malaysians left in the lower-ranked tournament after all others crashed out.

Tien Ci went one step better in the mixed doubles with Lim Chiew Sien when both reached the quarter-finals but they were beaten 15-21, 14-21 by second seeds Mikkel Mikkelsen-Rikke Soby of Denmark. 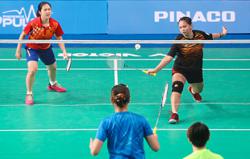 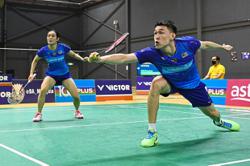