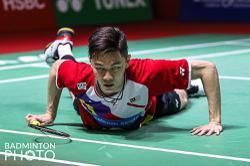 In just eight months and four matches, All-England champion Zii Jia and two-time world champion Momota have brought out the best in each other as they won two matches each.

Yesterday, it was Momota who stood tall when he exacted revenge on Zii Jia with a hard-fought 15-21, 21-13, 23-21 win in the opening tie between both countries in the final Group D tie at the Ceres Arena.

Malaysia eventually lost 1-4 to finish second in the group.

Despite the loss, Malaysia are through to the quarter-finals but the match between Zii Jia and Momota is an indication what fans can expect in future from these players.

Since Zii Jia defeated Momota for the first time in the quarter-finals of the All-England in March this year, their duel has been nothing short of nail-biting.

Momota got his revenge at the Sudirman Cup group stage but within days, Zii Jia turned the tables in spectacular fashion in the semi-finals.

The 23-year-old Zii Jia was visibly disappointed with the manner he lost yesterday.

He was composed and held the edge at one point but Momota’s superb turnaround in the decider saw the world No. 1 pumping his fist in jubilation after picking up Japan’s first point.

“It was all about the mental game towards the end. It’s obvious, I lacked the focus at the end,” said Zii Jia.

“I had wanted to win the first point and came very close but lost on my techniques.”

“His performance was good throughout the game but unfortunately, he lost. I see it as a good experience for him as it can only make him better,” said Hendrawan.

“Losing to a top player like Kento will keep him hungry for success. I’m sure he will step up and give a better fight the next time.” 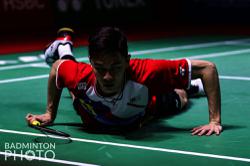