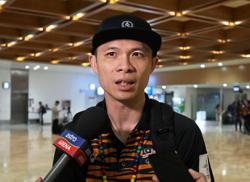 Now’s the time: Malaysia’s Olympics bronze medallists Aaron Chia (front) and Soh Wooi Yik have been tasked with winning at least one major title before the end of the year.

Choong Hann wants world No. 8 Aaron-Wooi Yik to finally win an Open tournament title as there are plenty of playing opportunities lined up all the way to December.

Despite being ranked in the world’s top 10 for more than two years, it’s worth noting that Aaron-Wooi Yik have not won any individual honours besides the SEA Games gold in the Philippines in 2019.

They have finished runners-up on six occasions, with the latest being in the Thailand Open 2 in January this year.

Aaron-Wooi Yik will first focus on leading the Malaysian youthful squad in the back-to-back team events – the Sudirman Cup in Vaanta, Finland, which begins on Sunday and the Thomas Cup Finals in Aarhus, Denmark from Oct 9-17.

But when the World Tour returns with the Denmark Open in Odense (Oct 19-24), kick-starting a stretch of seven tournaments in 10 weeks, hopes are high on Aaron-Wooi Yik to try to win at least one of them.

Choong Hann said Aaron-Wooi Yik would surely be fired up to build on their morale-boosting bronze-medal feat at the Tokyo Olympics recently.

“Yes, of course,” said Choong Hann when asked if he thinks Aaron-Wooi Yik have what it takes to break the duck in Open tournament titles.

“I believe the bronze medal has spurred them on to train harder and be hungry for more success. They have shown their desire through their attitude in training.

“In fact not just them, the rest of the team too.

“We definitely have a target for them to win some of the championships. We will work hand in hand to achieve that.”

In the pandemic-affected World Tour this year, Malaysia had produced two winners to date with Lee Zii Jia being crowned the All-England champion and Pearly Tan-M. Thinnah securing their breakthrough victory at the Swiss Open.

The likes of Zii Jia, Aaron-Wooi Yik and Pearly-Thinaah are expected to play in all but the Hylo Open and will not be returning to Malaysia until the completion of the world meet.

“It’s going to be taxing, but this is how we have planned it for the players, taking into consideration the challenges brought by the pandemic,” said Choong Hann.

“Some of our top players must play in major tournaments to qualify for the World Tour Finals.

“The players will have some time to recover and train in between the tournaments, but they will not return to Malaysia. It is to avoid the mandatory quarantine period.

“The coaches will also be on rotation to see who goes where.” 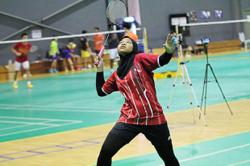