PETALING JAYA: If it ain’t broke, don’t fix it.

Newly-crowned Paralympics champion Cheah Liek Hou wants to hang on to coach Rashid Sidek as he seeks to defend his men’s singles SU5 gold in Paris 2024.

The 53-year-old former international was instrumental in helping Liek Hou get his mojo back.

The 33-year-old Liek Hou was struggling to cope with the emergence of two young Indonesian rivals Dheva Anrimusthi and Suryo Nugroho between 2018 and 2019.

Under Rashid’s guidance, it took him less than five months to return to his deadly form.

Since October 2019, Liek Hou has won seven titles on the trot and was unbeaten for 36 matches.

Liek Hou has signalled his intention to compete in Paris and said it would be crucial for him to continue training under the 1996 Atlanta Olympics bronze medallist.

“I plan to stick with him (Rashid) for as long as I remain playing competitively,” said Liek Hou, who returned to a hero’s welcome at the Kuala Lumpur International Airport yesterday.

“It was Rashid who helped me get back on my feet after a very difficult period. He turned me into a winner again.”

“We have not decided yet as the Paralympics have just ended. We will discuss it when the time comes,” said Shapawi.

“For now, he will continue training under Rashid for the World Championships.

“Rashid is not under contract with the NSC. We are paying him for his expertise and services for the Tokyo 2020 project.”

After Liek Hou’s golden feat, it is highly likely the Kuala Lumpur shuttler will get his wish.

This comes after Shapawi said that the decision to engage Rashid two years ago has yielded success.

“We brought in Rashid to lead a rescue mission of sorts and put Liek Hou back on track after he was surpassed by his Indonesian rivals.”

“It was a gamble as Liek Hou is not young anymore.

“It could have ended badly if Liek Hou was overpushed and got injured.

“Under Rashid, he has become a lot fitter after losing almost 20kg from his initial weight of 92kg.

“So we have to really see if Liek Hou can repeat that kind of training regime.

“If he wants to get into the best condition for Paris 2024, he needs to double up his effort.” 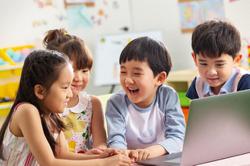