The trio are among the 22 Malaysian shuttlers in line to qualify for the 26th edition of the world meet based on their position in the current world rankings.

The qualification deadline has been set on Sept 21.

The world rankings are not expected to change much over the next three weeks given that most tournaments are either being cancelled or postponed.

As things stand, Malaysia can expect to secure two slots each in the men and women’s singles, and three each in all the three doubles events – men, women and mixed.

With the exception of the top-64 cut for the men’s singles, the field for the remaining four events are limited to top-48.

A country may qualify a maximum four singles or pairs provided all are ranked inside the top-eight, followed by three and two respectively for top-24 and top-150.

Of these 22 shuttlers, only SEA Games champion Kisona and Swiss Open champions Pearly-Thinaah are debutants.

Pearly-Thinaah will most likely be the nation’s sole representatives in the women’s doubles as Badminton Association of Malaysia (BAM) could give up on the two berths won by Mei Kuan-Meng Yean and Vivian-Cheng Wen.

Mei Kuan had retired recently while Vivian is no longer with the national team after being released in February.

However, it will be interesting to see if BAM would allow Cheng Wen to reunite with Vivian just for the world meet.

“We’re aware of the situation in the women’s doubles. Once we’re notified of the list of qualifiers, then we will have a discussion with the coaches to see if it’s viable to send them (Vivian and Cheng Wen),” said BAM secretary Datuk Kenny Goh.

“After all, the duo have not trained together for quite a while, and there are few things that we need to consider.

“Also, the coaches may already have something in store for Cheng Wen, so the long-term planning remains the team’s priority.”

As for the men’s doubles, all eyes will be on Rio de Janeiro Olympics silver medallists V Shem-Wee Kiong if they will stick to their initial plan to play together at the world meet.

V Shem and Wee Kiong had announced their split last month but had agreed to make the trip to Huelva if they make the cut.

The Badminton World Federation (BWF) in their recent Council meeting decided to scrap the use of Road to Huelva qualification rankings to determine qualifiers for World Championships.

The Council agreed that the existing world rankings will be used instead.

“Covid-19 continues to impact the ability for players, across all regions, to actively compete in world ranking tournaments, including those falling within the (World Championships) qualification period (Jan 1-Sept 5 2021),” reads the statement made available in the BWF Corporate site.

“The world ranking better reflects the relative strength of players across all regions and suitable for the revised schedule of the World Championships.” 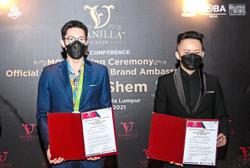 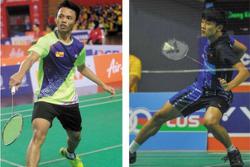