Jonatan has late brother in mind as he guns for glory

Jonatan Christie of Indonesia in action during the match against Aram Mahmoud of the Refugee Olympic Team. — Reuters

TOKYO: Asian men’s singles badminton champion Jonatan Christie is gunning for glory at the Covid-19-delayed Tokyo Olympics in memory of his brother who died of the disease.

Indonesia’s Jonatan was competing at a tournament in Thailand earlier this year when he learned that his older brother, Ivan, had contracted the virus back home.

The 23-year-old Jonatan’s parents and brother eventually ended up in hospital, but his sibling suffered the most.

“After I came back from Thailand, my mother told me, ‘he is already sick’,” the 2018 Asian Games winner said.

Ivan passed away soon after, and it was up to Jonatan to break the news to his parents.

Jonatan, the world No 7, said his parents have now recovered and are “happy to see me in the Olympics”.

But the memory of his brother is never far away as Jonatan attempts to stamp his mark in Tokyo – even if his preparations were badly disrupted by the tragedy.

“This is for my brother and I want to do my best for him,” said Jonatan, who defeated Aram Mahmoud of the Refugee Olympic Team in his Tokyo opener on Saturday. — AFP 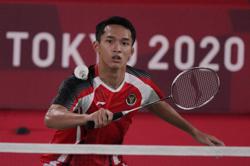