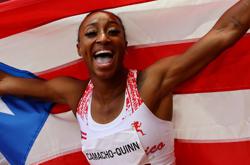 PETALING JAYA: World number seven Fajar Alfian-Muhammad Rian Ardianto’s hopes of experiencing the Olympic Games for the first time in Tokyo, albeit as sparring partners, have been dashed.

The Indonesian men’s pair will now head home with the other supporting team members on Saturday after they were not granted the Games accreditations, as the organisers have imposed a limit on each team due to Covid-19 concerns.

Fajar-Rian had been with the team in Japan for 10 days where the shuttlers had just completed their training camp in Kumamoto prefecture, about 1,100km from the capital.

The 25-member team then flew to Tokyo on Monday but only the accredited 11 players and five coaches were allowed to check into the Games Village.

Besides Fajar-Alfian, men and women’s singles shuttlers Sheshar Hiren Rhustavito and Zachariah Josiahno Sumanti were the other sparring partners for the team.

It’s certainly a heartbreak for Fajar-Rian as they could have easily qualified for the Olympics had it not been for the maximum two-quota per country ruling.

Despite finishing sixth in the Race to Tokyo standings, they were the third-best ranked Indonesian pair behind Kevin Sanjaya Sukamuljo-Marcus Fernaldi Gideon and Mohammad Ahsan-Hendra Setiawan, who qualified on merit as the top two pairs.

The two 25-year-olds are arguably one of the most prominent absentees in Tokyo considering they are also the 2018 Indonesia Asian Games silver medallists and 2018 Nanjing World Championships bronze medallists. 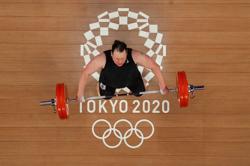