PETALING JAYA: Badminton legend Datuk Lee Chong Wei has smashed his way to many firsts in his career as a player. As an administrator, he has now become the first chef de mission of the Malaysian contingent to work from home.

It’s unprecedented but the physical absence and distance will not stop Chong Wei from being hands-on in managing affairs of the athletes at the Tokyo Olympic Games starting tomorrow.

In fact, Chong Wei has already established a tight schedule to keep himself connected with the team led by chief secretariat Datuk Nazifuddin Najib in Japan on a regular basis.

“It’s like I’m on a 24-hour duty. I’m on call – ready to deal with anything. Our head in Japan updates me with all the progress there. I get reports daily on the athletes and on the Covid-19 situation,” said Chong Wei.

“As I’m close to badminton, I will get the reports directly from team manager Wong Choong Hann and the coaches (Hendrawan, Flandi Limpele, Chan Chong Ming and Chin Eei Hui). 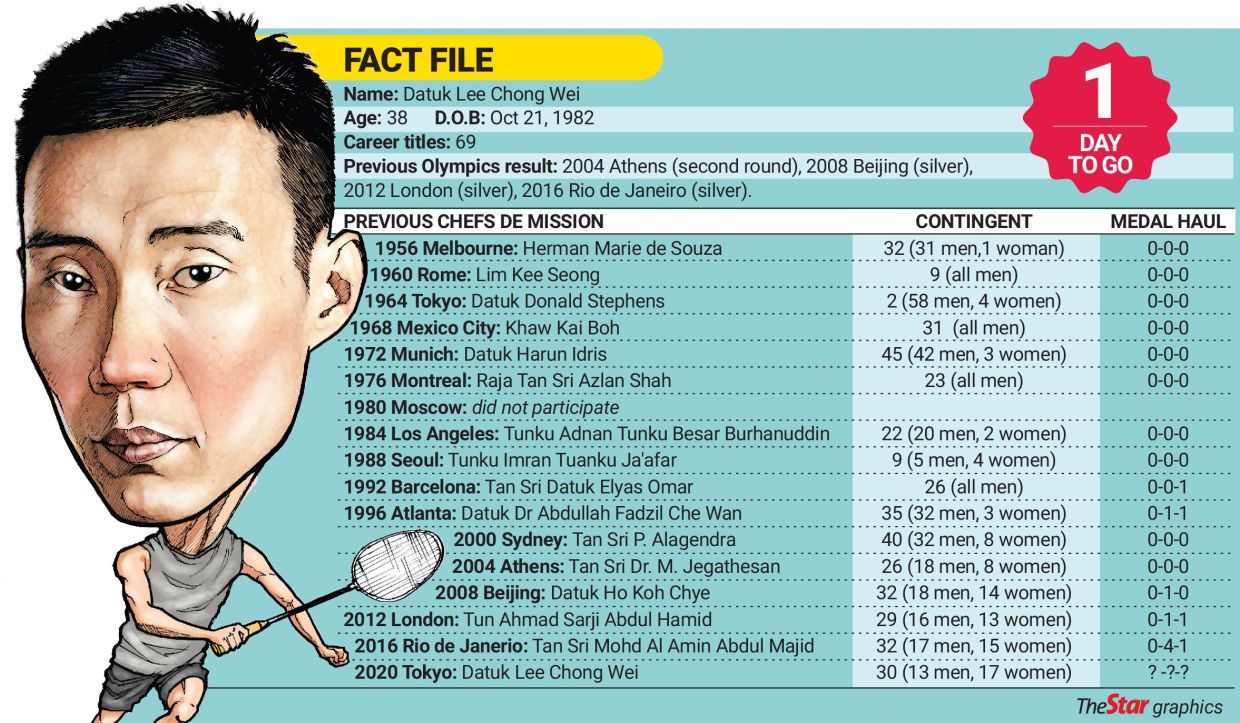 “As a former player, I can give my input, ideas and advice whenever it is required,” he said.

Malaysia will be represented by 30 athletes, comprising a few seasoned campaigners and first timers and Chong Wei has some comforting words for those nervous debutants.

“I remember taking part in my first Olympics in Athens (in 2004) together with Choong Hann and Roslin (Hashim).

“It was one of my best Olympics,” said Chong Wei.

“I’ve never had any previous experience playing in major events. I’ve not even competed in the SEA Games but I did better than some to reach the second round.

“I gained a lot of experience, enjoyed the atmosphere and even took time to visit the beautiful city after the Games was over. Of course, the athletes can’t go anywhere this time but I hope the first-timers will learn to enjoy.

“It was the experience in Athens that took me to greater heights in badminton after that. I went to the 2008 Beijing Olympics with more confidence.”

Chong Wei is the most successful athlete in the Olympics having won three silver medals at the 2008 Beijing, 2012 London and 2016 Rio de Janeiro editions.

“All I remember in those three Olympics is the pressure that came with it.

“I was expected to win... and that put a lot of burden on my shoulder. I remember my difficulty sleeping before the finals,” said Chong Wei.

“I came very close in Rio but I did not win the gold. I had beaten Lin Dan of China in the semi-finals but lost to his compatriot Chen Long in the final. That’s the only disappointment.

Knowing how important it is to deal with pressure, Chong Wei had no plans to distract the athletes.

“I won’t put any undue pressure on these athletes. I do not expect the athletes to give a daily update... they have enough distractions. I just want them to compete without having to worry about anything.

“Managing the pressure is the hardest but I’m sure all the senior athletes know what they need to do. Cyclist Azizulhasni Awang and shuttler Chan Peng Soon are experienced, they do not need much coaching,” he said.

“I’ve never experienced an Olympics like this. Due to measures taken to curb the spread of Covid-19, the rules are strict, the athletes are unable to move freely and there will not be spectators. It’s tough for all but I’m glad our athletes are in good spirits.

“There are Covid-19 cases in the Games Village but they are few and have been managed.”

On the chances of the team, Chong Wei said: “These athletes have worked really hard and I believe Malaysia will return home with medals.” 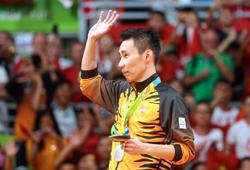