AARON Chia was only 11 when he first took notice of Indonesian ace Hendra Setiawan after the latter triumphed at the 2008 Beijing Olympics with the late Markis Kido.

Despite being a singles player at that time, Aaron couldn’t help but admire Hendra’s intelligence on court, especially when it comes to his game-analysing ability and tactical execution.

It was from then on that Aaron started looking up to Hendra although it wasn’t until his final year with the national junior team at 17 that he began to specialise in doubles.

Little did Aaron knew at that time he would one day go head-to-head with his idol Hendra at the Olympics seven years later.

Surely, taking on Hendra and his partner Mohammad Ahsan, the world No. 2, is something that Aaron and his partner Soh Wooi Yik are already accustomed to, having clashed seven times already – with six of them resulting in defeats. But for Aaron, a chance duel with Olympic champion Hendra in the Tokyo Games is a whole new exciting challenge.

“I’m so looking forward to our match with Hendra-Ahsan this week,” said Aaron ahead of the second Group D tie with the Indonesians on Sunday.

“I still remember vividly that it was in Beijing 2008 that I began idolising Hendra. During the development stage, most of us started off in singles so I would watch mostly the singles matches. I was a big fan of Taufik Hidayat.

“But Hendra caught my eye. He’s so good at reading the game and has the ability to dictate at the front court. His mid-court interceptions, ideas and tactics are fantastic too.

“He’s also a role model off the court. Despite being an Olympic and world champion, he’s so down to earth. Also, he’s a family man and I can certainly learn a thing or two from him too as I’m also a father of two.

“He’s turning 37 soon and yet still playing at the top level and winning big titles. So it gives us pleasure and great honour to be playing against him and Ahsan at the Olympics.”

Aaron believes that match was a remarkable turning point for both pairs in their journey to Tokyo 2020.

“I felt that both pairs shared something in common during the Malaysian IC final, given that we are sort of like starting from scratch. For me and Wooi Yik, that runner-up finish was one of the good results we achieved during our first year as a pair, while for Hendra-Ahsan, it marked their first title together not long after they reunited,” said Aaron.

“After that we received a Thomas Cup call-up as well as qualified for our first World Championships (in Nanjing) and reached the quarter-finals. That was our first step towards becoming the national top pair.

“Obviously, Hendra-Ashan were beyond comparison as they went from strength to strength and even recaptured big titles including the World Championships, All-England and the World Tour Finals.”

Former international Tan Boon Heong had said that Aaron-Wooi Yik could overcome Hendra-Ahsan if they manage to capitalise on their their speed and stamina.

But Aaron begs to differ.

“I don’t think we can just beat them by relying on speed and stamina alone,” he said.

“We have to be really well prepared mentally when taking on veterans like them.

“Hendra-Ahsan have plenty of big-match experience in them and that itself could make up for what they lack in the physical aspect.

“That’s why I think they are really good in planning their game.

“They know how to play it smart that it’s possible for them to conserve energy.”

While Aaron-Wooi Yik have been targeted for a medal in their debut, they know their immediate task is to first clear the group stage.

The other two pairs in Group D are South Korea’s Choi Sol-gyu-Seo Seung-jae whom they will be meeting in a crunch opener on Friday and Canada’s Jason Ho-Shue-Nyl Yakura.

Should they reach the knockout round, they are likely to face the rest of the world’s top six pairs including world No. 1 Kevin Sanjaya Sukamuljo-Marcus Fernaldi Gideon, No. 3 Lee Yang-Wang Chi-lin, No. 4 Hiroyuki Endo-Yuta Watanabe, No. 5 Keigo Sonoda-Takeshi Kamura and No. 6 Li Junhui-Liu Yuchen.

Aaron-Wooi Yik have never beaten any of them.

“Yes, we do have poor records against these top six pairs as Hendra-Ahsan were the only pair we have won against, but just once,” said Aaron.

“But more often than not, we had always been able to pinch a game from them.

“So, I believe we can beat anyone if we can handle ourselves better during the crucial stages.

“For instance, against Yuchen-Junhui, four of our (six defeats) were in the rubber game. There were many occasions when we were leading in the decider, but ended up being defeated.” 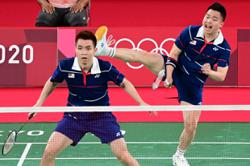 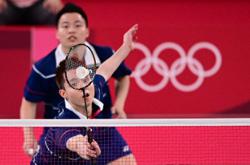