Aaron-Wooi Yik have what it takes to outlast aging world No. 2

Tip from a great: If Aaron Chia-Soh Wooi Yik can get their tactics right and stay calm, they can turn the tables on Indonesia’s Mohammad Ahsan-Hendra Setiawan, says Tan Boon Heong.

Even if the stats suggest otherwise. The Indonesians have a better head-to-head record against their younger Malaysian opponents ahead of the Games from July 23-Aug 8 in Tokyo.

World No. 9 Aaron-Wooi Yik have only won one of their seven duels against the veterans – in the quarter-finals of the 2019 China Open.

Both pairs are in Group D together with world No. 8 Choi Sol-gyu-Seo Seung-jae of South Korea and unheralded Jason Ho-Shue-Nyl Yakura of Canada.

Boon Heong said Aaron-Wooi Yik stood a chance to enter the quarter-finals as one of the top two finishers from the group.

“It’ll be an interesting three-horse race among Aaron-Wooi Yik, the Indonesians and Koreans. But to be honest, our pair really have a great chance (of advancing),” said Boon Heong, who competed in the 2008 Beijing and 2012 London Olympics with Koo Kien Keat.

“Sol-gyu-Seung-jae are strong but Aaron-Wooi Yik have beaten them before (twice in four meetings), so the important task is to overcome their poor record against Ahsan-Hendra. 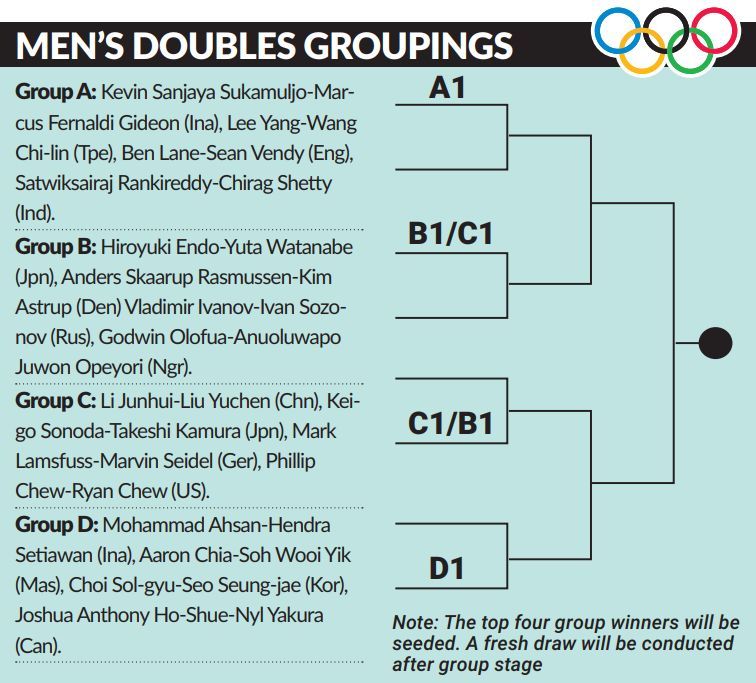 “The win over Ahsan-Hendra is crucial because the Koreans have done well against the Indonesians too (holding a 3-1 head-to-head advantage), so that’s why I think the group is wide open.”

Boon Heong admits Aaron-Wooi Yik are inferior to the reigning world champions in only one area – experience.

But with a proper game plan, Boon Heong feels the youthful Aaron-Wooi Yik should be able to outplay Hendra-Ahsan, who both have a 10-year age difference between them.

“In terms of movement on court, speed and stamina, Aaron and Wooi Yik have the upper hand and they must make the most of it. All they need to do is to get their tactics right, and stay calm,” said Boon Heong.

“I remember during my younger days when we faced great veterans like Tony Gunawan-Candra Wijaya.

How do we play against them? We always believed that we had better stamina than them.

“The strategy should be... hit the shuttle high and long to the baseline and let them attack first and wear them out. No matter how fit they are, players in their 30s, with the exception of Lee Chong Wei, Lin Dan and Fu Haifeng, will struggle to keep up in a long match.

“I have seen Aaron-Wooi Yik in control many times against Ahsan-Hendra, but they always let their guard down at some point because they get too eager to kill off the rally.

“That’s when things go wrong. This happened during the 2019 All-England final too.” 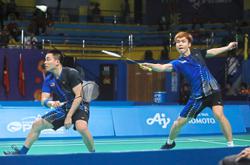