PETALING JAYA: Women’s singles shuttler S. Kisona (pic) has boosted her chance of playing regularly in World Tour-level tournaments after leaping to a career-best No. 53 in the world ranking.

The 22-year-old managed to climb eight spots, thanks to her Spanish International Challenge victory in La Nucia last week.

By edging closer to world’s top-50, Kisona would stand a better chance of making the cut for World Tour events which are third tier and below.

These tournaments are open to players ranked outside the top 32 as they feature qualifying rounds.

After pipping teammate Goh Jin Wei to glory in the sixth-tier Spanish International Challenge last Saturday, Kisona has vowed not to rest on her laurels.

She knows very well that she needs to raise her game by a notch in order to compete with the world’s best.

“I’ll continue to discuss with my coaches and get input from them on how to further improve my performance, ” said Kisona.

“There’s still a lot lacking in my game and it’s not going to be enough if I were to compete at the higher level.”

The SEA Games gold medallist was brutally exposed earlier this year when she failed to put up a fight against her more illustrious opponents in the three World Tour meets she was lucky to get in.

Kisona’s worst defeat was getting whipped 6-21, 7-21 by Thailand’s Busanan Ongbamrungphan in the first round of the All-England.

Man Wei Chong-Tee Kai Wun were the biggest movers in the men’s doubles ranking as they leapt 102 spots to No. 168 after triumphing in Spain. 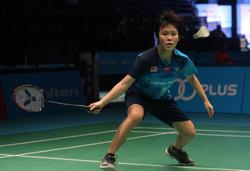 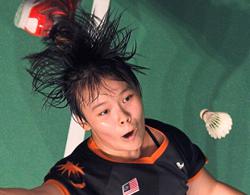