Senior debuts for Justin and Fazriq 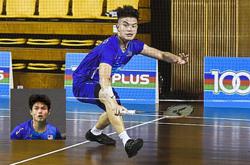 PETALING JAYA: Rising stars Justin Hoh and Fazriq Razif will be extra motivated ahead of their senior debut at the Slovenian International Series from May 19-22.

The two 17-year-olds, who initially made the cut for the doubles, will now get to play in the singles too.

Justin and Fazriq, who were on the reserve list, made the 64-man qualifying draw following a number of withdrawals before the draw was conducted on Tuesday.

However, the opportunity to play in two events pose a challenge as they risk suffering from fatigue.

In the singles, they will need to overcome a three-round qualifier to get into the last-64 tournament proper.

They, too, will kick start their doubles campaign from the two-round qualifier.

And if they make it to the main draw for both events, they would have played a total of five matches... in just the qualifying round.

In Justin’s case, he would prefer focusing on the singles.

“My family and coaches have given me the freedom to choose and this is my personal decision.”

Justin should qualify for the tournament proper with relative ease given that he has been beating some of his seniors from the back-up squad since last year.

Fazriq is also looking good for at least the second round where he can expect to face world No. 115 Arnaud Merkle of France.

Besides Justin and Fazriq, there are three professionals in the fray – former national Under-21 champion Yeoh Seng Zoe, Yap Khai Quan and V. Eveshgaran. 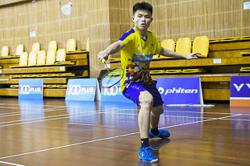