PETALING JAYA: It may be a lower-tier event, but the Austrian Open from May 27-30 provides our women’s singles shuttlers a good opportunity to regain their confidence.

Head coach Indra Wijaya expects his charges to return with a title from the seventh-tier tournament where world No. 60 and SEA Games champion S. Kisona (pic) is set to be made the top seed.

From the list of entries, Kisona is the highest ranked player among the 56 entries that includes teammates Goh Jin Wei, Lee Ying Ying, Eoon Qi Xuan and K. Letshanaa. Jin Wei, Ying Ying and Qi Xuan have made it to the main draw while Letshanaa will start from the qualifying rounds.

The singles players have plenty to prove as they have yet to show results since the restart of the world circuit.

At the All-England in March, Kisona was whipped 6-21,7-21 by Thailand’s Busanan Ongbamrungphan in the opener while Ying Ying was outclassed 6-21,9-21 by Iris Wang of the United States in the first round of the Orleans Masters, a fifth-tier event.

Jin Wei, who also competed at the French meet, reached the last eight before going down to Thailand’ Pornpawee Chochuwong.

Qi Xuan, meanwhile, made the quarter-finals of the sixth-tier Polish Open before she was eliminated by Kristin Kuuba of Estonia.

On paper, Kisona and Jin Wei are the best bet for the title in a field that features mostly second-tier European competitors.

The second and third highest-ranked players are little-known Mario Batomene of France and Soraya De Visch Eijbergen of Holland.

Kisona will be vying for her first international Open title since winning the Sydney International and Hellas Open in Greece in 2019.

Two-time world junior champion Jin Wei, on the other hand, has three senior titles under her belt but not since winning the Orleans Masters in 2016.

Prior to the Graz meet, Kisona and Jin Wei will compete in the fourth-tier Spain Masters in Huelva from May 18-23 while the other three will head to the seventh-tier Slovenia International Series from May 19-22. 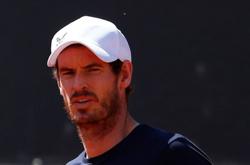 Juggling two loves not a grey area for Greysia
In old but good hands
Badminton-Singapore Open cancelled due to COVID-19
Spain poser for June Wei, Jin Wei and Kisona
Being away from competition for too long may be good for China
The wait goes on
Vivian secures first sponsor but her pro debut will have to wait
Malaysian Open postponed indefinitely
Covid-19 restrictions put Olympics badminton qualification in jeopardy
Momota’s a brilliant shuttler and great jester too