PETALING JAYA: Back-up men’s pairs – Tee Kai Wun-Man Wei Chong and Chang Yee Jun-Chia Wei Jie – will be out to extend their impressive starts at the Spain Masters from May 18-23.

The newly-formed partnerships dazzled with a 1-2 finish at the sixth-tier Polish Open in March and will want to impress head coach Flandi Limpele further when they head to Huelva for the fourth-tier tournament.

Kai Wun-Wei Chong have a relatively easier opening round draw than their compatriots, as they take on unheralded Algerians Mohamed Abderrahime-Adel Hamek in the first round.

Yee Jun-Wei Jie are drawn against the fourth seeds Popov brothers – Christo and Toma Junior. If they can upset the world No. 45 French pair, then an all-Malaysian last 16 clash is on the cards.

Waiting in the quarter-finals will most likely be Denmark’s world No. 56 Daniel Lundgaard-Mathias Thyrri, opponents the Malaysians are capable of overcoming.

Should one pair make it to the last four, they will most probably cross paths with top seeds Kim Astrup-Anders Skaarup Rasmussen.

The Danish world No. 11 combination will be hard to beat going by their recent form.

Apart from winning the Swiss Open, they also reached the semi-finals of the All-England in March and last week’s European Championships.

Kai Wun-Wei Chong have a good chance of establishing themselves as the No. 4 pair in the national team if they can outperform Yee Jun-Wei Jie again.

Meanwhile, Lwi Sheng Hao-Loo Bing Kung and Yap Roy King-Nurfirdaus Azman have been entered for the seventh-tier Slovenian International Series (May 19-22) and Austrian Open (May 27-30). 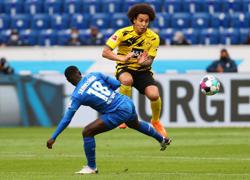 Jun Hao and friends set out to shine in Spain Masters
Shuttler continues dominating form to clinch SU5 men’s singles title
Former national shuttler Chong Wei shares touching story during Raya
Juggling two loves not a grey area for Greysia
In old but good hands
Badminton-Singapore Open cancelled due to COVID-19
Spain poser for June Wei, Jin Wei and Kisona
Being away from competition for too long may be good for China
The wait goes on
Vivian secures first sponsor but her pro debut will have to wait