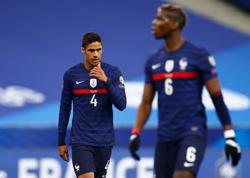 PETALING JAYA: Independent shuttler Soong Joo Ven is hoping for the better side of him to emerge when he competes in the Spain Masters from May 18-23.

The 25-year-old’s previous trip to Europe last month was not a memorable one as he was eliminated in the early rounds of the Swiss Open and Orleans Masters in France.

The world No. 68 Joo Ven failed to clear his opening hurdle against world No. 19 Sheshar Hiren Rhustavito of Indonesia in Switzerland and then lost to world No. 20 Hans-Kristian Vittinghus of Denmark in the last 16 in France.

But with most of the big names missing from the tournament in Spain, Joo Ven believes he stands a brighter chance of going far this time.

Although the Malaysian Open is taking place the following week (May 25-30), it’s not possible for a player to play in both tournaments as all participants are required to arrive in Kuala Lumpur by May 17 due to Covid-19 protocols.

“I think it will be anybody’s game in the absence of the top guns. I stand a fighting chance too, ” said Joo Ven, who finished runner-up to now world No. 1 Kento Momota in the 2012 Asian Junior Championships.

“If I’m able to perform to my true ability on that day, I can beat anyone with my best game.

“After a disappointing run last month, I certainly want to come back with some good results this time. The goal is to reach the quarter-finals at least.”

Joo Ven also reckons that the key to his success depends on a better preparation.

“I struggled in Europe last month because I didn’t prepare well. I was in a mess because I was handling all the travel arrangements on my own for the first time, ” explained Joo Ven.

“I was playing in my first tournament as an independent shuttler (after being dropped from the national team early last year), so having extra things to deal with was quite taxing. It made it harder as we had to travel in the midst of the pandemic.

“But I’m better at it now. I have settled all matters relating to logistics in advance so that I can focus on the game.”

Cheam June Wei is the other Malaysian shuttler in the men’s singles 32-man main draw.