Indian coach tips Zii Jia to shine in Olympics too

PETALING JAYA: Lee Zii Jia’s success at the All-England has caught the eye of many international observers, among them is former India national chief coach Vimal Kumar.

Vimal was so impressed with Zii Jia’s exploits that he tipped the world No. 8 as one of the favourites for the singles gold at the Tokyo Olympics in July.

“His wins against Kento Momota and Viktor Axelsen were well earned. He attacked and played well at the net, had the sharpest of smashes, some of them reminding me of Liem Swie King, ” said Vimal, now the director of the famed Prakash Padukone Badminton Academy (PPBA), in an interview with the Times of India.

“But he also defended well, showed a lot of patience and opted for rallies whenever he realised he couldn’t hit through his opponent.

“The final against Axelsen showed how he had transformed as a player.

“He lost the second despite leading 18-14 but the way he came back with unbelievable winners in the decider left Axelsen clueless.

“He is well on his way to becoming a superstar in Malaysia, and one who is a favourite to win the title at the Olympics, ” added the man who guided Saina Nehwal to becoming the world No. 1 in 2015.

Vimal said he had already taken notice of Zii Jia’s immense talent and potential when the Badminton Association of Malaysia back-up squad visited the PPBA in Bangalore in 2016.

Besides the two-week training stint there, Zii Jia also played in the Indian International Series where he finished runner-up to now world No. 28 Lakhsya Sen, a product of PPBA.

“Zii Jia and the others were here as part of an exchange programme which was arranged by Morten Frost who was the coaching director of Malaysia then. It was a good playing experience for the youngsters, ” recounted Vimal.

“His smashes were as hard as they were awe-inspiring. Thanks to the city’s high altitude, shuttles flew at greater speed, leaving his opponents struggling.

“He also showed his penchant for tight net shots. Back then, Prakash Padukone happened to make a special mention about him and his net play.” 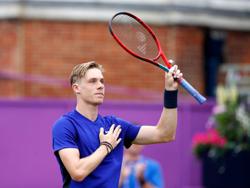 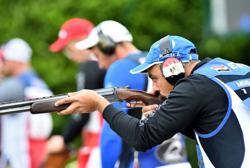