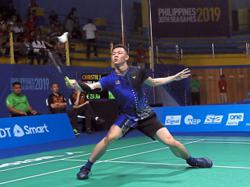 Smashing run: Aaron Chia-Soh Wooi Yik rose to the occasion to reach the final of the 2019 All-England. However, the pair have decided to stay home this year.

PETALING JAYA: Wong Choong Hann is hoping for another surprise from his charges in his third trip to the All-England as the national team coaching director.

His charges have completed their one-week training stint in Basel and will arrive in Birmingham today for the prestigious tournament which starts on Tuesday.

In Choong Hann’s first stint as the team’s supremo in 2019, not much was expected from youngsters Aaron Chia-Soh Wooi Yik but they pulled off a huge upset to reach the doubles final before losing to Hendra Setiawan-Mohd Ahsan of Indonesia.

Last year, national No. 1 singles shuttler Lee Zii Jia was not expected to go far but he rose to the occasion before going down to eventual winner Viktor Axelsen of Denmark in the semi-finals.

But this year, a drab outing is on the cards but Choong Hann is keeping his fingers crossed.

“We have a smaller team this time and most are youngsters. Some are competing for the first time and our top players are not in good form, ” admitted Choong Hann, who joined the coaching set-up in late 2018.

Aaron-Wooi Yik and Lee Meng Yean-Chow Mei Kuan (women’s doubles) have skipped the tournament due to the Covid-19 pandemic while Zii Jia is not at his best form.

Hopes were high on Zii Jia to snap out of his poor form at the Swiss Open two weeks ago but he suffered another blow after losing to Thailand’s Kunvalut Vitidsarn in the semi-finals.

In the absence of players from China, Japan, South Korea and Indonesia, Zii Jia was expected to reach the final.

In January, Zii Jia failed to deliver in two Thailand Opens and the World Tour Finals.

They had also listed Yap Ling and Teoh Mei Xing in the women’s doubles but the former is down with injury.

Choong Hann said: “We’ve had surprises in the last two editions and I’m hoping for the same, although I know, it will be tough.

“I will be happy as long our players meet some of the expectations we have set for them.

“Pearly-Thinaah did well to win the Swiss Open.

“It will be good to see where they stand in the All-England especially against the Japanese who are sending their full team.

“Our preparation have been good though. We had a good training session in Basel last week.”

Hopes are also on the independent shuttlers to keep the nation’s flag flying. 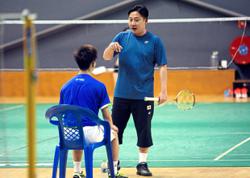