Redemption time: Soon Huat and Shevon made amends for their miserable run at the last two Opens in Bangkok.

The unseeded duo pulled off a stunning 21-13,21-17 against top seeds Greysia Polii-Apriyani Rahayu of Indonesia in their final Group A match at the Impact Arena in Bangkok yesterday.

However, Vivian Hoo-Yap Cheng Wen finished last in the group when they bowed out to South Korea’s Lee So-hee-Shin Seung-chan 12-21,16-21.

An elated Meng Yean described the win as special.

“This is our first Finals and we have reached the semis, ” said Meng Yean.

“In fact, this is our first last four appearance in a world-level tournament in our four-year partnership. We are truly delighted.”

It was also the manner of their victory that was admirable as they played confidently.

It was their fourth meeting against the Indonesians after winning over the world No. 8 in straight games in the first round of the 2019 China Open.

Their two previous defeats were at the second round of the World Championships in 2018 and the final of the India Open in 2019.

“We played confidently today. We held on tightly to every point and did not give them easy points, ” said Meng Yean.

“We were physically and mentally ready to face them, so we had better control of the match.”

With yesterday’s win, Meng Yean-Mei Kuan enter the semis as the second best pair behind So-hee-Seung-chan.

The group runners-up will go through a draw to determine which group champions they will face.

A pleased head coach Chan Chong Ming said: “I saw good effort and hard work in their win today. They showed resilience and fought for every point against the Indonesians, who do not give up easily.

“They need to stay focused for the next match despite today’s encouraging result. Patience is key to win their semi-finals.” 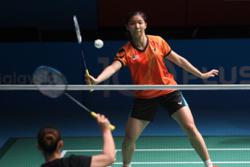 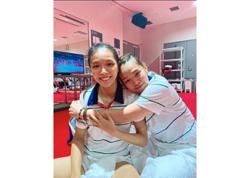