Match-fixing – or nyabon – is for born losers 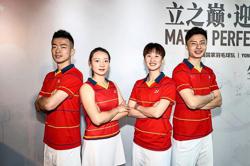 The sport will be marred if match-fixing is not curbed. 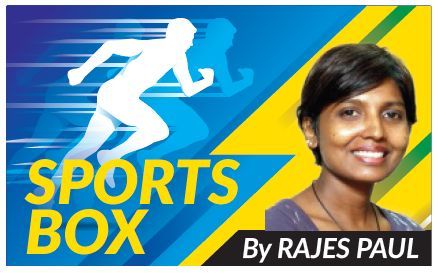 He made his money, but now he has to pay the price – he is facing a life ban and sheer humiliation.

The 23-year-old is said to be the mastermind behind eight Indonesian shuttlers punished two weeks ago by the Badminton World Federation (BWF) for their involvement in betting, wagering and causing irregular match results.

Hendra, Ivandi Danang and Androw Yunanto were hit with life ban while five others – Sekartaji Putri, Mia Mawarti, Fadilla Afni, Aditiya Dwiantoro and Agrippinna Prima were handed sanctions of between six and 12 years, besides heavy fines.

But it was Hendra who played the key role. Instead of being the nation’s ambassador, the doubles player became the king of ‘nyabon’.

In Indonesia, the term ‘nyabon’ means playing a match to fix a particular result.

Based on the BWF’s report, his involvement began in 2015 when he offered players (who eventually turned whistleblowers) 3,000 (currency unknown) via text messages to lose their first match in the Scottish Open.

He was only 17 years old then.

It is so sad that greed and dishonesty had crept in at such a young age. Don’t they know that there are no shortcuts to success and money? How many more youngsters are hooked into betting, gambling and online gaming etc?

Who is to be blamed for this? Is it due to a lack of education, awareness or moral decay? Did the All-Indonesia Badminton Associati on (PBSI) focus too much on the seniors and neglect the juniors?

The report says Hendra offered between 1 and 10mil rupiah (RM288 to RM2,888) for players to lose matches – but where was he getting the money from?

When asked by the BWF’s independent hearing panel, he said he had funded and organised the payments himself. In fact, he had used his inside information and “arrangement” with players to place online bets with Mitra.dot and Temanjudi, where he had accounts.

He later revealed that he had engaged in match-fixing with another Indonesian player Ivandi, who had acted as his funder and joint bookmaker.

Ivandi is 41 this year. How could an old, over-the-hill and non-performing player be in the badminton system for so long? Did this not raise any alarm to the national body?

Hendra told the panel he knew that there were others above Ivandi in the match-fixing organisation.

The small fishes like Hendra and Ivandi have been caught but there are bigger crooks roaming free.

These are the ones who need to be stopped and smashed down.

Lest we forget, it’s not an Indonesian problem. There is danger closer to home too.

The world body had suspended Lim Ze Young from all badminton-related activities for life for abusing his position of influence as an executive in a sporting brand in an attempt to corrupt international badminton and enrich himself.

He was the third Malaysia to be penalised in relation to match-fixing after former players Zulfadli Zulkifli and Tan Chun Seang were banned for 20 and 15 years respectively for manipulating matches in 2018.

How did Ze Young even get access into tournaments? He was involved in the sponsorship of players, through the sports apparel brand owned by his father.

He attended events as an accredited person and paid for his accreditation through a senior Malaysian badminton official.

No, we are not going after this senior badminton official.

There is much more to be learnt from Ze Young’s case for the current generation of players – they have to stay away when there are “friendly” approaches. In fact, they should report them immediately to BWF.

Ze Young got into trouble for approaching two players via Facebook in 2014 – that’s when an official investigation began and the players eventually became the whistleblowers.

Below is a part of an excerpt of the conversation between Ze Young and a whistleblower2 shared in the BWF’s report:

*LZY: bookie will pay you and your partner for losing the match. Or win but give out points easily, so the match could be a close fight. But this is illegal and our conversation; can’t let anyone know.

WB2: OK but can you give me any concrete examples on how much money or who you have done this with before? Again I have never heard or thought of doing something like this..,

LZY: They will pay around 2300 Euro-3000 Euro for the match. Depends on who your opponent is also. It’s really not convenient to list out those players names. But in Singapore Open there are some matches that were fixed. Besides that, bookie will help you bet on it also. The amount will bank in to you every Tuesday because they only get their outline every Tuesday. It’s the rule.

WB2: Ok I must refuse this as it is against my idea of doing sport and I’m not interested.

ZYL: Its ok. Thank you very much.*

Eventually, through a forensic investigation where deleted web history from his handphone was retrieved, it was shown that he had placed or facilitated bets on matches and visited betting websites (Max Bet and IXbet) between June 13,2016 and Sept 15,2017.

He was also found to have threatened a player, whom he had met during the Malaysia Purple League in April, 2014.

An international player had asked for help to settle his gambling debts and Ze Young had given him RM200,000 with an interest of 20-25% but there were issues when there was delay in repayment.

I’m glad that the Badminton Association of Malaysia (BAM) are taking all measures to warn players of people like Ze Young.

And kudos to the BWF too for taking a strong stance against the culprits at the start of the year and just before the ongoing Thailand Opens in Bangkok – as it clearly serves as a message to the perpetrators and players.

However, at the end of the day, the eradication of this match-fixing menace lies in the hands of the players themselves. It’s about integrity and having one’s hands clean. Don’t take the bait no matter how tempting it can be. It’s not worth it. 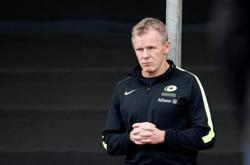 Do we need SOP to prevent another kind of virus from weakening Malaysian sport?
It could still be rosy times for evergreen Rossi as he’s one of a kind
Don’t go shooting your mouth off, speak words that unite, not divide
City can strike down misfiring Reds
Clueless Olympics-bound athletes look toward Japan for answers
Hope springs eternal and it’s the lift that Malaysian sport needs
Shalin – legends never die, they move on to bigger things
May our positive visions for 2021 go viral
Good coaches can be smashing figures wherever they choose to be
Toffees expected to keep toothless Gunners at bay