Viktor Axelsen is really happy to have won after not playing for so long.— AFP

PETALING JAYA: Europeans stamped their mark as the force to be reckoned with going by Dane Viktor Axelsen and Spaniard Carolina Marin’s lopsided victories in the Yonex Thailand Open which ended in Bangkok yesterday.

It was the 2017 world champion’s third title in as many tournaments having also won the Spain Masters in February and the All-England in March last year.

Axelsen was delighted to make a triumphant return after missing out on the Denmark Open last October due to a minor ankle surgery.

Despite the absence of world No. 1 Kento Momota of Japan, it was still a confidence-boosting outing as Axelsen overcame formidable Indonesian duo Anthony Ginting and Jonatan Christie on his way to victory.

“Having not played for so long, I’m really happy that I managed to win, ” said Axelsen.

“There was pressure, because you’re not really sure if you are physically and mentally ready, so it was nice for me to get tested here.” 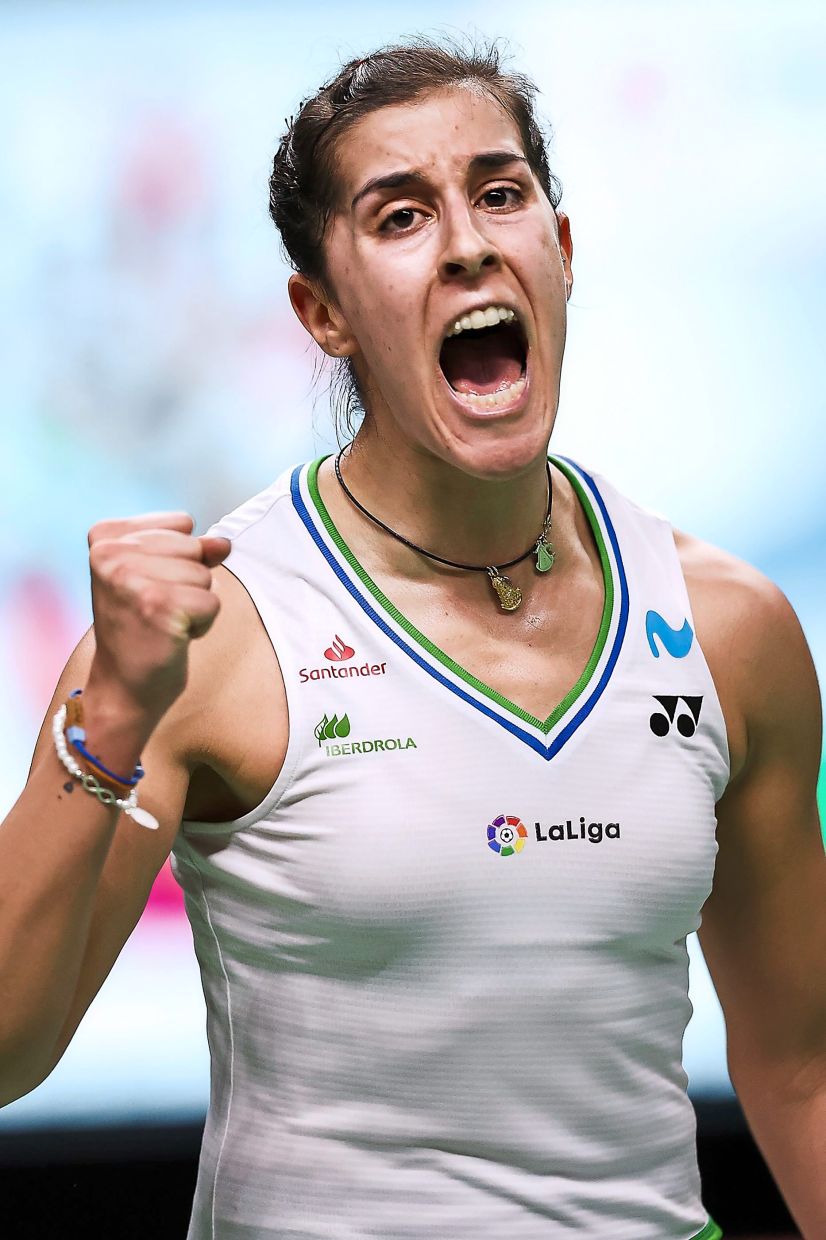 Carolina Marin of Spain hopes to keep the momentum going in the next two weeks.

Marin too finally returned to winning ways when she thumped world No. 1 Tai Tzu-ying of Taiwan 21-9,21-16.

The Rio Olympics gold medallist Marin, who has reached eight semi-finals before the win yesterday, was thrilled.

“I want to keep this momentum going over the next two weeks, ” said Marin, also a three-time world champion.

“I feel really happy that I could change my mind from last year. I had a difficult year personally in 2020, but I recovered well and my mind should decide what I want for the future, whether it’s the Olympics or World Championships.”

Great chance for Aaron-Wooi Yik to break Open title jinx
Joo Ven in need of rejuvenation after physiotherapy goes wrong
Q-final chance for Shun Yang after Kanta’s pullout
Zii Jia could end year as world No. 2
Indie June Wei bumps into BAM’s Jun Hao as they seek breakthrough
Jun Hao stays on right path in comeback trail
A boost for seniors than an opportunity to unearth new talent
Kok Xian not giving up on earning dream spot
Siti of joy for BAM as youngster rises to big occasion
Tze Yong prevails in pressure cooker to smash down men’s singles gold