PETALING JAYA: All the 25 Malaysian shuttlers can now look forward to competing in the three World Tour tournaments in Bangkok with peace of mind.

All of them have tested negative for ovid-19 following a second test conducted upon their arrival in Thailand on Monday.

The news is a great relief to the Malaysian camp who were stunned by earlier news that Badminton Association of Malaysia (BAM) coaching director Wong Choong Hann has tested positive for the virus.

“BAM were informed by the organiser that the swab tests underwent by a total of 35 shuttlers, coaches and support staff upon arrival in Bangkok yesterday (Monday) came back negative, ” said the BAM in a statement yesterday.

There’s more pleasant news as none of the players and officials currently being placed in the tournament bubble have tested positive.

“No positive tests have been recorded so far for players who were tested on arrival and who are currently in quarantine, ” confirmed the Badminton World Federation (BWF) on their website.

The widely anticipated Bangkok trilogy, which is supposed to spark the restart of badminton season, had already been marred by a series of withdrawal from top players.

World No. 1 men’s doubles pair Kevin Sanjaya-Marcus Fernaldi of Indonesia and the entire Japanese squad including world No. 1 men’s singles shuttler Kento Momota have pulled out.

Momota and Kevin have tested positive for Covid-19.

The organisers have promised a safe bubble for the participants by imposing strict protocols for all three tournaments.

All the players and officials are prohibited to leave the bubble and will undergo seven Covid-19 tests in total throughout the duration of their stay. 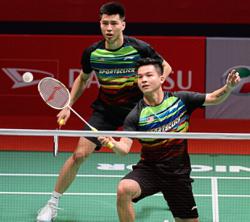 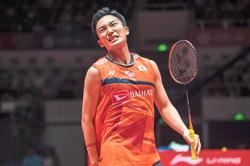