Compelling reason for shuttlers to stay where they are 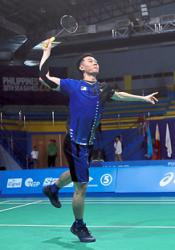 PETALING JAYA: The incident of three Indian shuttlers being isolated in Germany due to contact with a positive Covid-19 case is a timely reminder for Malaysian shuttlers to stay put at the training centre.

On Wednesday, the Badminton World Federation (BWF) confirmed that Lakshya Sen, Ajay Jayaram and Subhankar Dey have withdrawn from the ongoing SaarLorLux Open in Saarbrucken.

The trio and the Indian entourage have been quarantined as a precautionary measure as they have been in contact with a positive case within their team.

Said the BWF in a statement: “All three players and the team entourage have been placed in isolation, in line with directives from the local health authorities and BWF tournament health protocols.”

Lakshya, Ajay and Subhankar have tested negative for Covid-19 following testing requirements for the tournament and are said to be in good health overall.

The players had competed at the Denmark Open two weeks ago.

Badminton Association of Malaysia (BAM) secretary Datuk Kenny Goh hoped the Malaysian shuttlers, currently isolated in their training centre, would not travel outside of the camp without a valid reason.

“This incident in Germany is a good reminder to our players. They will know now why we have insisted they stay within the training centre as there are risks outside, ” said Kenny.

“It’s also good to note that the organisers were quick in taking action. It shows they were prepared and that’s positive. The other hosts can learn from this.”

Due to the stringent measures taken, the hosts were able to carry on with the tournament without it being called off. 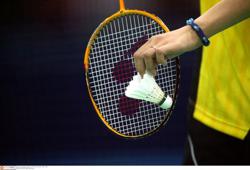