PETALING JAYA: Independent shuttlers Liew Daren and Soong Joo Ven will remain with the Badminton Association of Malaysia (BAM) although the Thomas Cup Finals has been postponed.

Daren and Joo Ven were invited to join the national team training at the Academy Badminton Malaysia (ABM) as part of the team's preparation for the Finals, scheduled in Aarhus, Denmark, from Oct 3-11.

The Finals, however, has been postponed after several countries withdrew.

"We've hired them as our sparring players and they will continue to train with us daily. They are under the charge of singles head coach Hendrawan," said Choong Hann.

As for Olympic hopefuls Chan Peng Soon-Goh Liu Ying and Goh V Shem-Tan Wee Kiong, the two pairs will get to train with the national twice in a week.

"We have included them in our training programme as they are still part of the Road to Tokyo programme. They get to train with us on Thursdays and Saturdays," he said.

The BAM's agreement with another independent pair Teo Ee Yi-Ong Yew Sin however, has ended and the duo will no longer train in ABM. 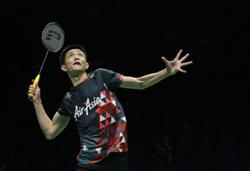 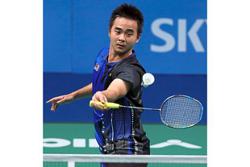