Lee Wan Wah, speaking to a group of students, during one of the badminton coaching clinics in Malaysia.

PETALING JAYA: It has taken former doubles shuttler Lee Wan Wah a decade before plunging into coaching at the international level – but he says it's worth the wait.

The 44-year-old feels just right at home despite taking a longer time than his peers in his transition from a player to being a coach of a national team.

Last April, Wan Wah joined Japan only as a junior coach but this year, he has been promoted as the national mixed doubles B team coach under the charge of supremo Park Joo-bong.

The other Malaysian Jeremy Gan is heading the national mixed doubles elite team.

Wan Wah and his former partner Choong Tan Fook were Malaysia's top pair for about 10 years before they retired after the 2008 Beijing Olympic Games.

While Tan Fook went on to become a coach with the Hong Kong national team, Wan Wah decided to work at the club level first.

He is one of the co-founders of Pioneer Badminton Academy which he started with Wong Choong Hann, Chan Chong Ming and Chew Choon Eng.

Wan Wah says it does not feel like he has left the badminton scene.

"It's like I never left. I only see familiar faces. Most of the players from my batch are coaches now," said Wan Wah.

"Besides my former teammates, my opponents are also coaches with either their teams or other countries. It has made it easier for me to fit in," he said.

"I don't see these coaches as my competitors. We are playing our part in raising the standard of the sport.

Despite leaving the playing scene for 12 years, Wan Wah said the competition in the men's doubles is still exciting.

"There are a few good pairs, who are consistent and competitive. It makes the matches exciting," said Wan Wah.

"I'm enjoying my coaching stint in Japan as a mixed doubles coach although it's quite challenging. I've four pairs under my care and I'm learning to be a better coach," said Wan Wah.

"We are waiting for the international tournaments to restart. The only thing I'm missing right now though is home," added Wah Wah, who has been stuck in Japan since February because of all the travel restrictions due to the Covid-19 pandemic. 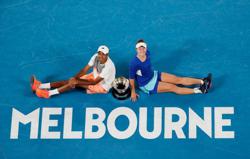