The duo have finally been given the due recognition as the national No. 1 pair when they were named as the brand ambassadors for 100Plus under a two-year contract. It’s their biggest individual sponsorship to date.

The others under the same brand are former world No. 1 Datuk Lee Chong Wei and the current top men’s singles shuttler Lee Zii Jia.

They are the first pair to enjoy the perks and limelight since the departure of former world No. 1 Goh V Shem-Tan Wee Kiong from the national set-up in early 2019.

To get a financial boost during the tough times due to the Covid-19 pandemic is rare and so, the 23-year-old Aaron is thrilled.

“This is one of the first big sponsors for us. We are grateful as we’ve never thought that we will be named as the ambassadors at these trying times,” said Aaron.

“It will only motivate us to work harder and achieve better results. The ultimate goal is to qualify and do well in the Olympic Games next year.”

It comes as no surprise that Aaron and Wooi Yik, 22, are sought after by sponsors.

The duo have made an immediate impact since their promotion to the senior team in 2018 when they surprised everyone to reach the World Championships quarter-finals in Nanjing, China.

Just months later, they made heads turn by upsetting big names en route to finishing as the 2019 All-England runners-up.

They also lived up to their reputation as the country’s top pair by winning the doubles gold at the SEA Games in the Philippines last year.

The duo are currently training under coach Flandi Limpele and are in top form.

“We’ve adapted to coach Flandi’s style. He is a positive coach and all of us enjoy the training session under him,” said Aaron.

With good support from the Badminton Association of Malaysia (BAM), their coach and the sponsor, Aaron and Wooi Yik are hoping to repay the faith in them.

“If we get to go to Thailand for the Asia legs, we will go all the way for the title. It’ll be our way to appreciate and justify the confidence and support from everyone,” he said.

Thailand are ready to host the Asia legs in November as they have put in place proper safety protocols for players but the Badminton World Federation (BWF) have yet to give the greenlight to them.

Said 100Plus senior marketing manager Leong Wai Yin after announcing Aaron-Wooi Yik as their brand representatives: “The future is bright for Aaron-Wooi Yik. They are hardworking, talented and have tremendous potential. At the rate they have been progressing, they will soon be winning major titles.

“We have confidence in this pair, which is why we decided to sign them up.” 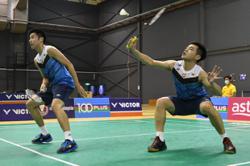 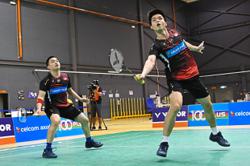 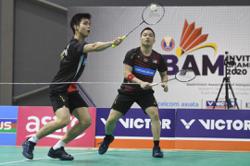