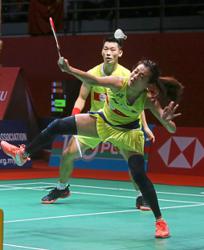 PETALING JAYA: Independent shuttlers Chan Peng Soon and Goh Liu Ying are the most experienced in the mixed doubles department but they have no place in the squad for the Thomas-Uber Cup Finals.

Badminton Association of Malaysia (BAM) coaching director Wong Choong Hann has decided not to use the services of the mixed doubles players to beef up the men and women’s team competitions in Aarhus, Denmark, from Oct 3-11.

Malaysia have depended on Peng Soon and Liu Ying for team competitions before.

In the 2014 Thomas Cup Finals in New Delhi, India, Peng Soon was named in the men’s team while Liu Ying was picked for the 2016 Uber Cup Finals in Kunshan, China, to strengthen the women’s team.

Said Choong Hann: “Surely, the experience of Peng Soon can make a difference in the men’s doubles and Liu Ying’s presence can add depth in the women’s team but I’m happy with the existing men and women doubles players that we have for now.”

“We’ve enough pairs to consider in the men’s doubles. It will not be easy to name our best three pairs,” said Choong Hann, who is open to selecting independent shuttlers V Shem-Wee Kiong and Yew Sin-Ee Yi if they fit into his team strategy.

In the women’s doubles, Malaysia will be banking on Chow Mei Kuan-Lee Meng Yean and Vivian Hoo-Yap Cheng Wen. 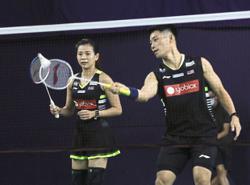